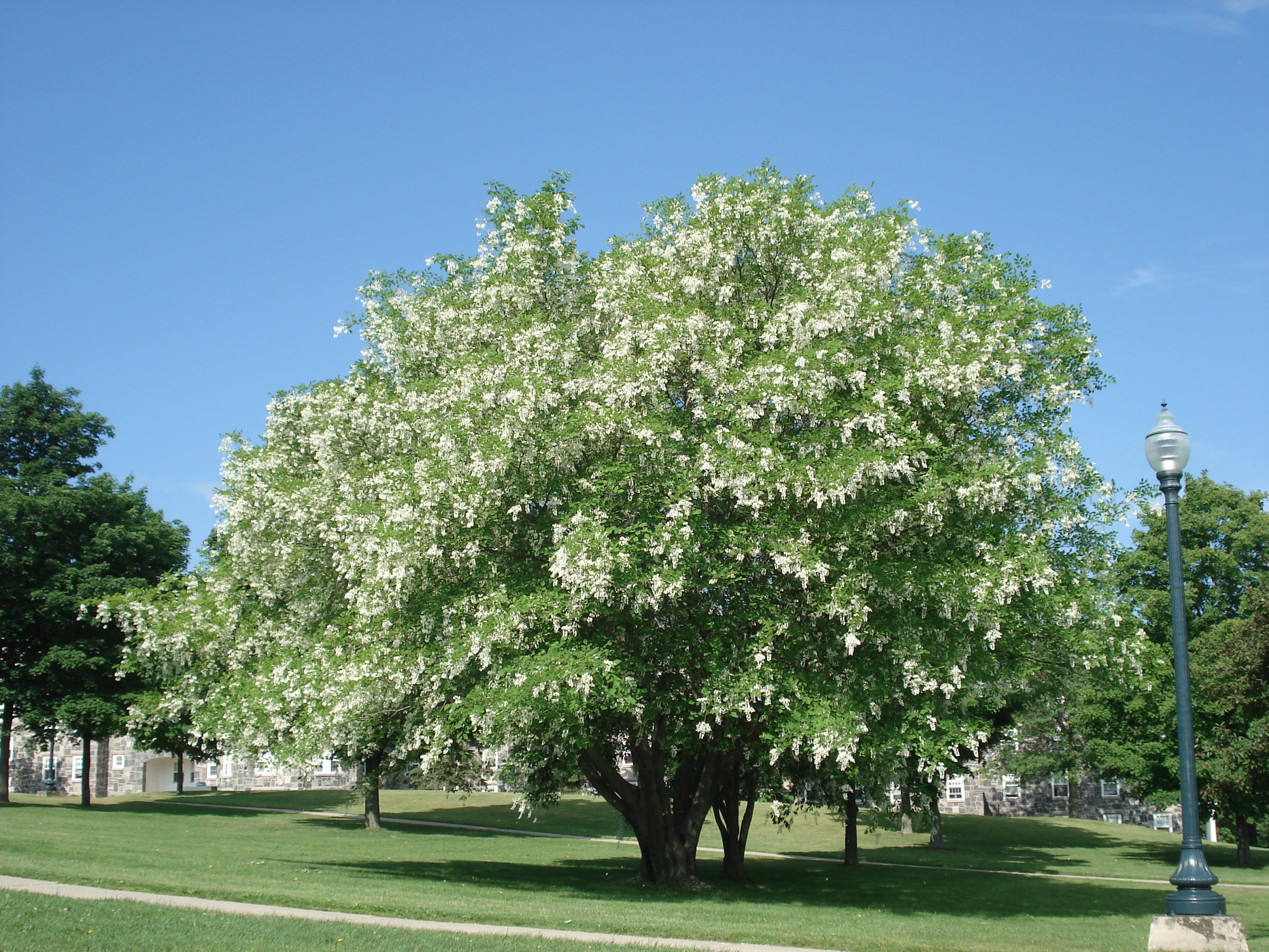 Cladrastis kentukea, also known as yellowwood or American yellowwood is a medium sized (30-50 feet) deciduous tree native to North America. Its native habitat is found in small patches throughout the southeastern United States. The native range is stretched from Kentucky through North Carolina, but is also found along the bordering states. Because of its small patchy locations it is considered a rare tree, possibly among the rarest found in the eastern U.S. It grows naturally in moist, well drained soils on slopes and valleys near streams of water. 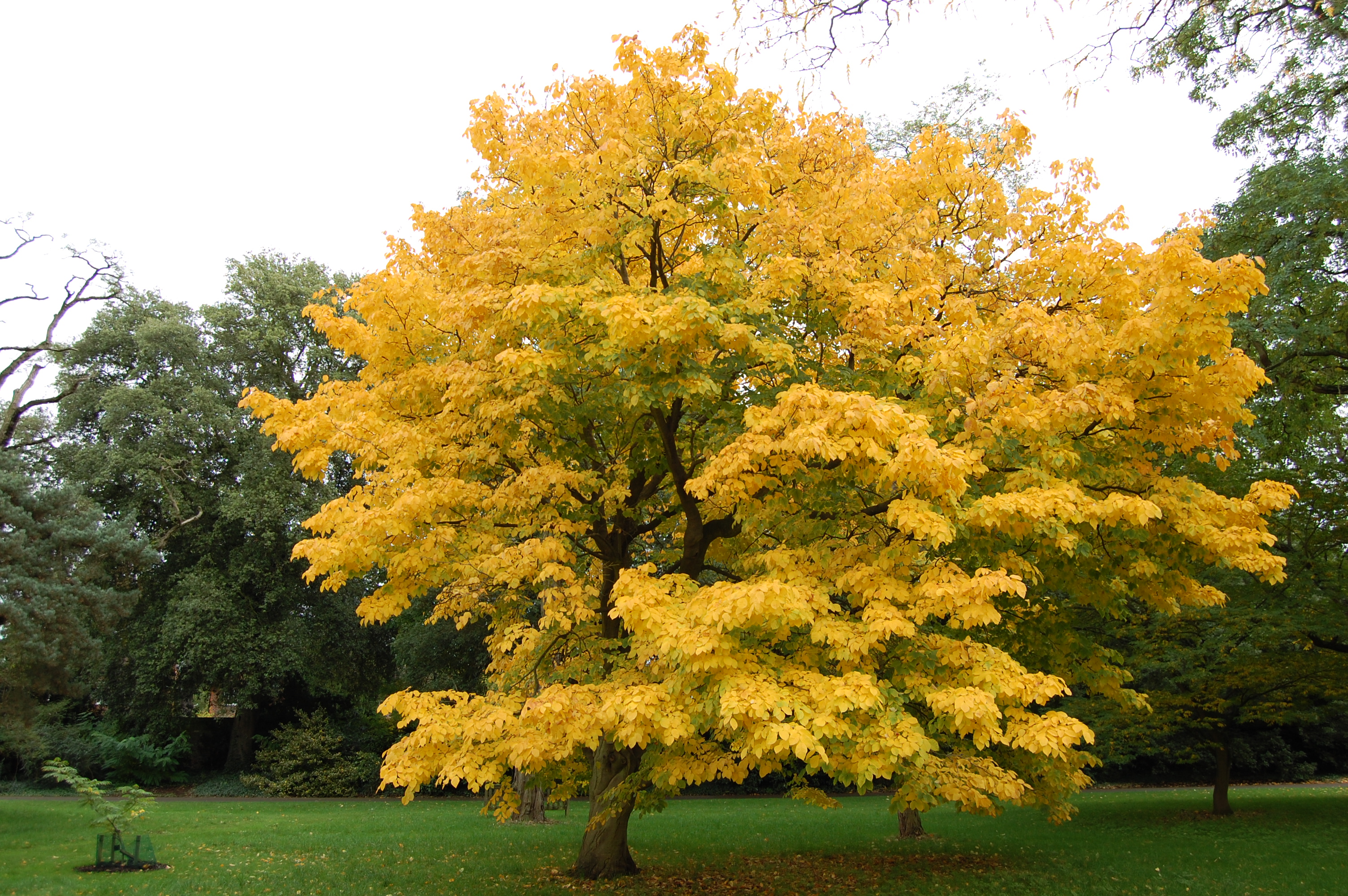 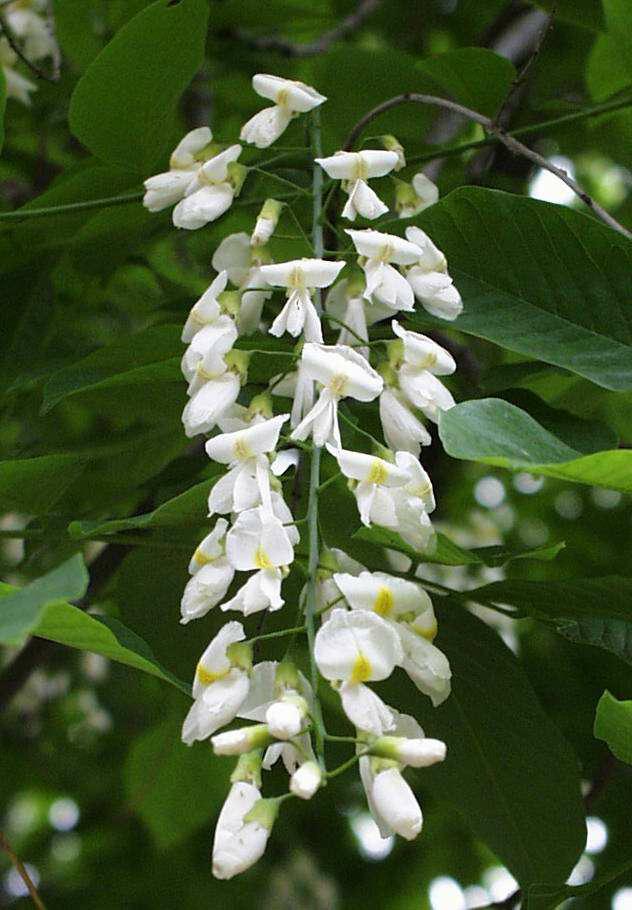 The tree has a vase form, similar to that of our classic American elm (Ulmus americana), with very distinctive smooth gray bark and a trunk that makes it resemble an elephants foot. Another aspect of yellowwood is recognized for its fragrant white flowers that droop in showy clusters (8-14 inches). Some would describe it as a “waterfall” of blossoms, giving the tree a unique green and white look. The flowers blossom profusely every other year, and young trees will not blossom until 8-10 years old. Yellowwood leaves (8-11 inches) are alternate branching and compound with 7-11 broad ovate leaflets (each 2-4 inches in length) with an acute apex that are bright green and turn a bright gold yellow in the fall. 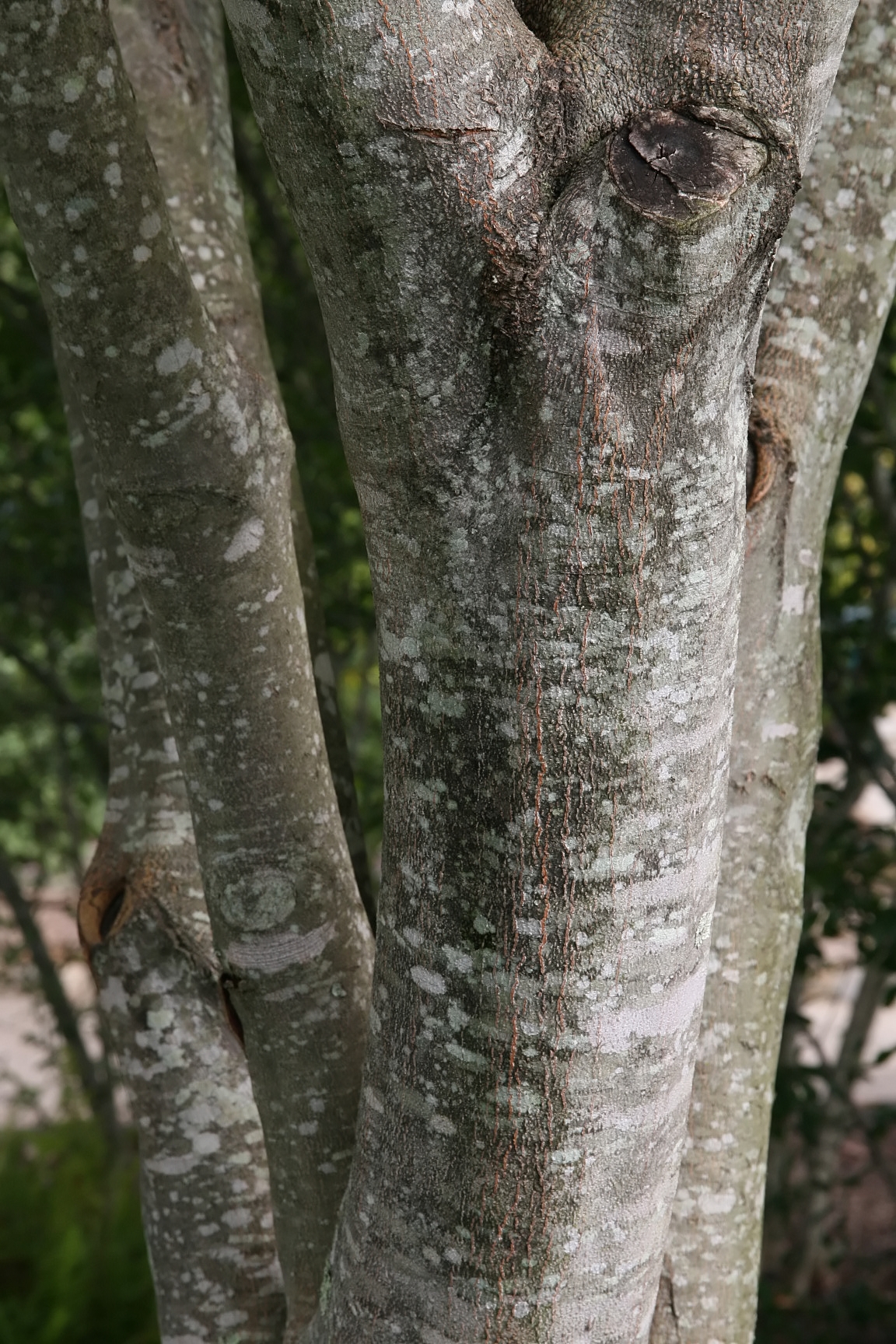 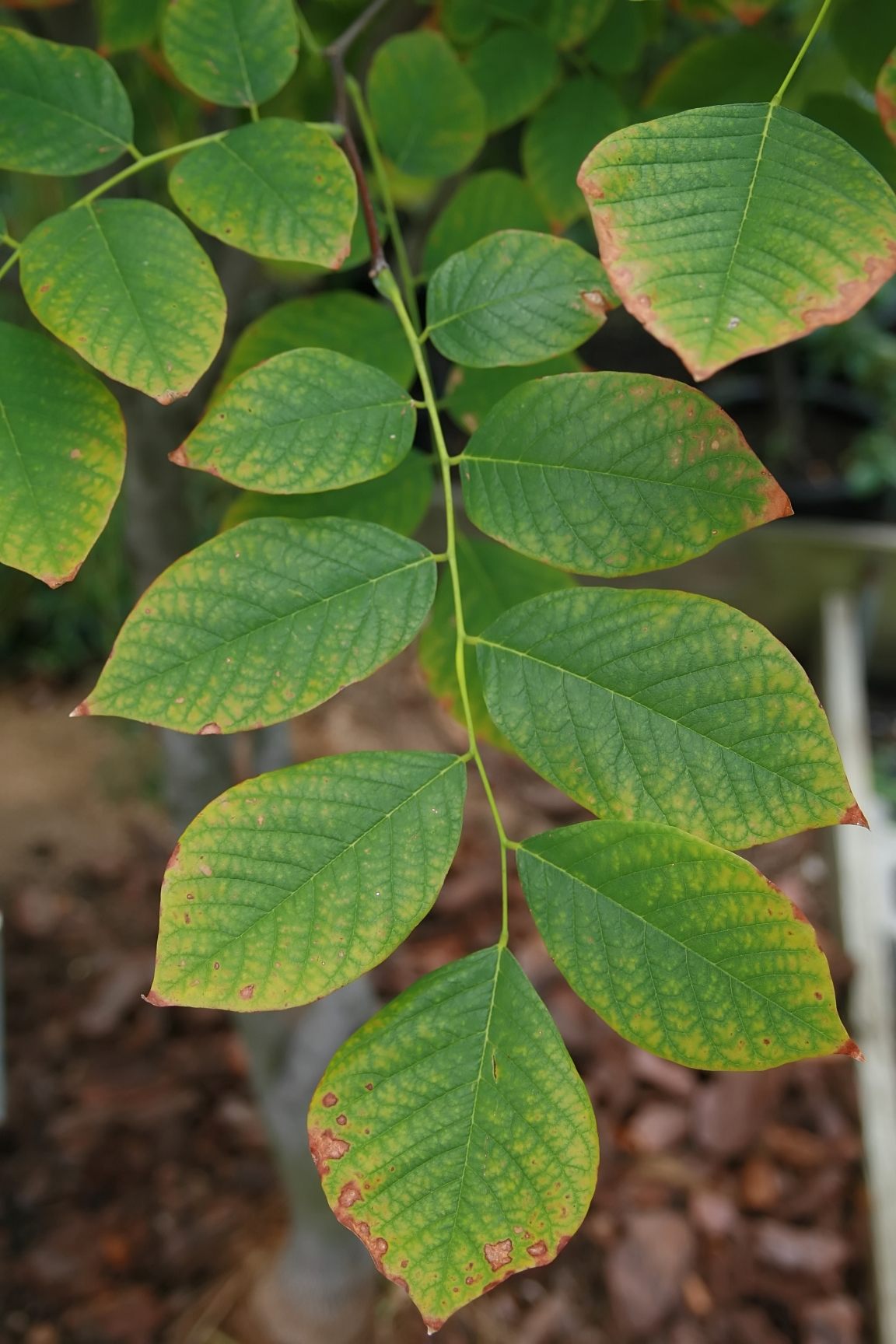 The naming convention of this tree is very literal. Yellowood comes from the yellow colored wood found inside the heartwood. This trees scientific name comes from the Greek word klados, which means branch, and thraustos, which means fragile, descriptive of its brittle twigs. The wood was used as an ingredient for yellow dye by early settlers. Yellowwood is moderately tolerant to salt spray, drought, and tolerant of alkaline and acidic soils. Coupled with its unique features, small form and beautiful flowers, it makes a great ornamental tree. Due to poor damage resistance and susceptibility to storm damage, it is not recommended as an urban street tree.