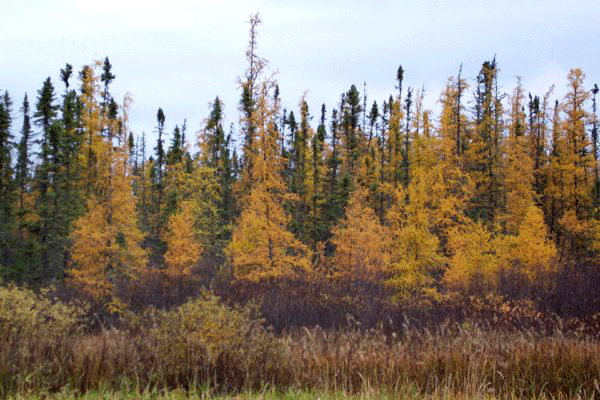 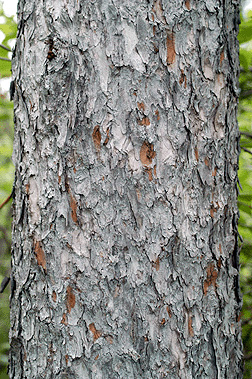 Larix laricina, commonly referred to as tamarack, or eastern larch, is a United States native deciduous conifer. Tamaracks are adept to very cold climates and are distributed across most of northern North America. In the southern distribution, they are native species to swamps and bogs with poorly drained soils; further north they are more common on better drained uplands. Tamarack survives in USDA Hardiness Zones 2-5. Tamarack are medium to large trees that typically grow 40-80 feet tall with a pyramidal shape. They prefer full sun and grow best in moist, acidic, well drained soils but can tolerant light shade. These trees are not tolerant of full shade, dry soils, or many city pollutants so would not be well suited for harsh urban conditions. 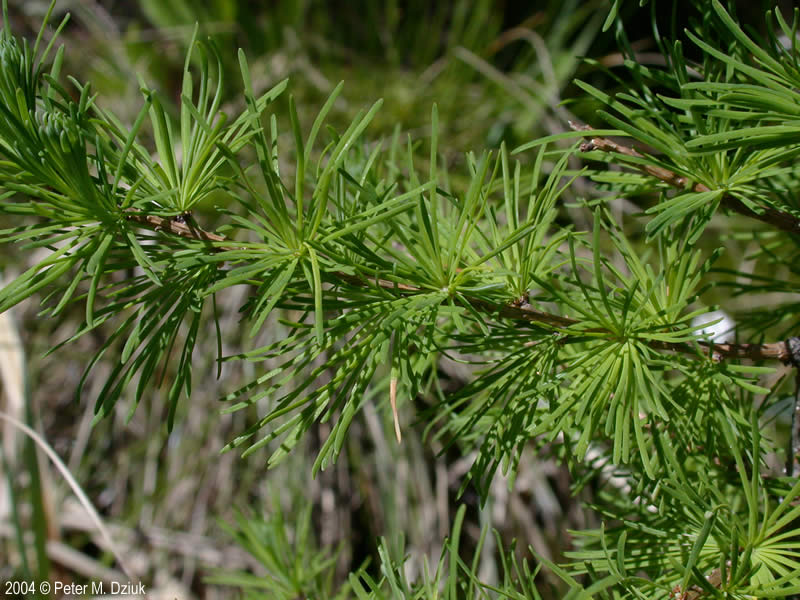 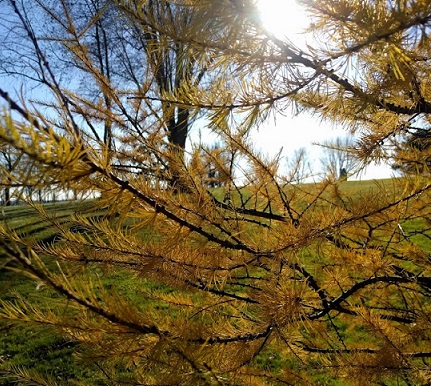 Photo Credit: Peter M. Dziuk                                     Photo Credit: Brianna Egge
Tamaracks grow with a tall straight trunk and horizontal branching. As they mature, the bark becomes rough textured with brown-gray or brown-red flaky scales. The deciduous needles are short (½ - 1 inch long), flat, and appear in clusters on spur shoots of the branches. These soft needles make tamarack nice enough to hug. The needles turn a stunning yellow in autumn before they fall as cold winter approaches. Tamarack fruit are an egg shaped cone, about ½-¾ inch long, which start as a reddish-purple and turn brown within the first year, shedding the winged seeds in late fall. 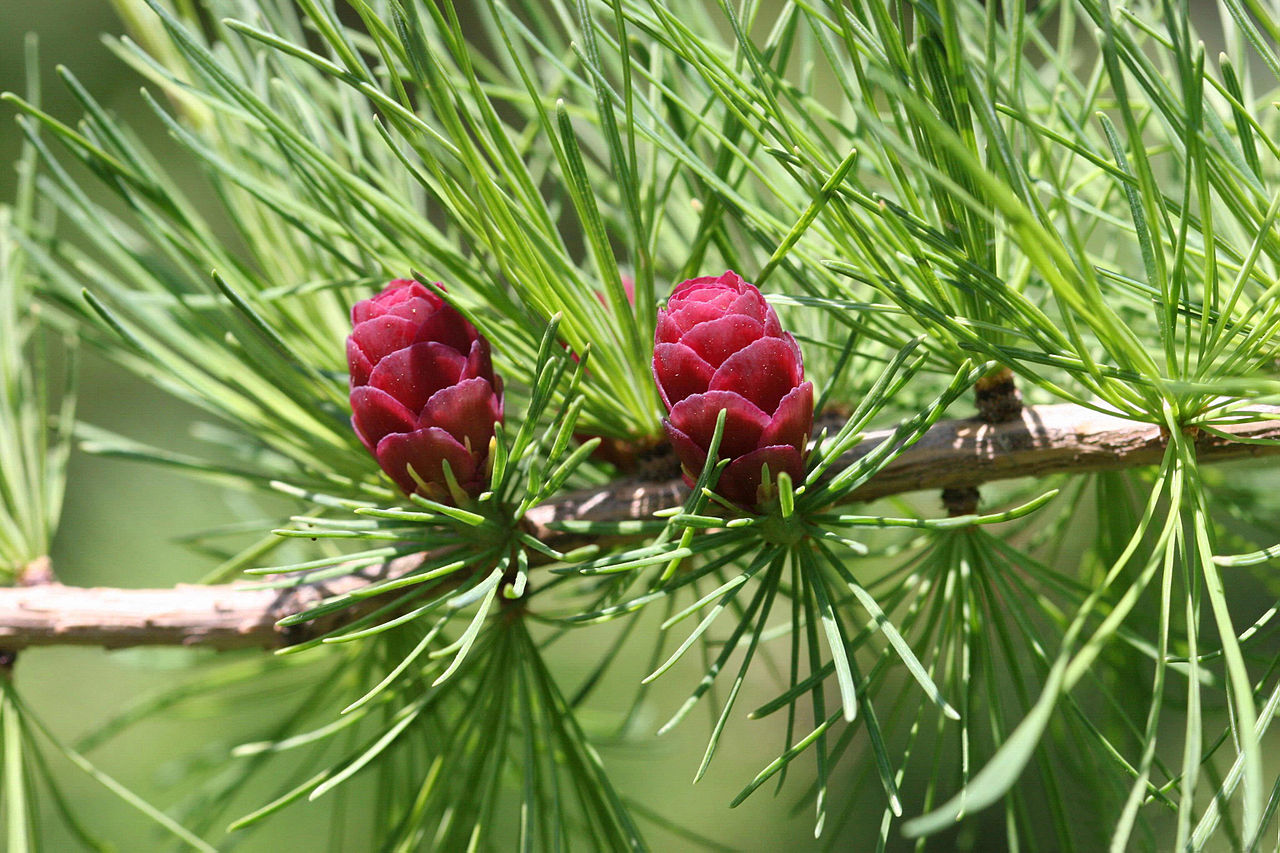 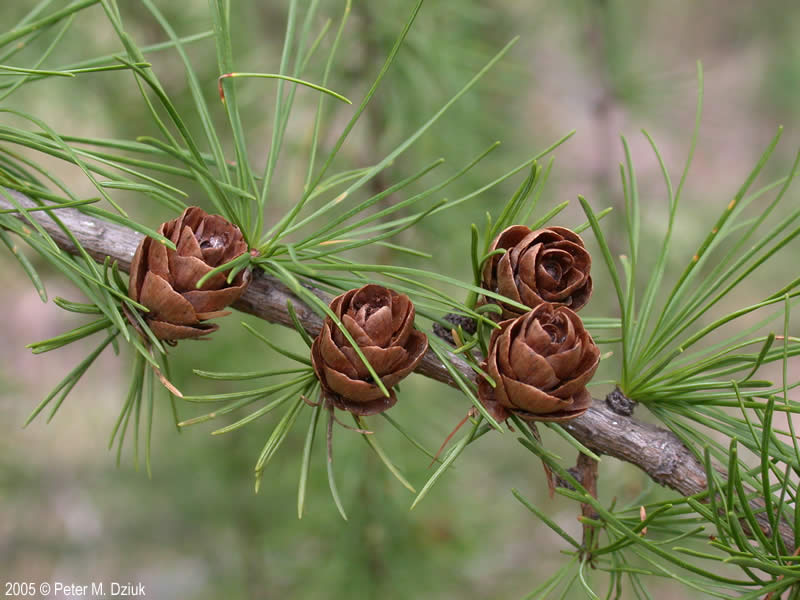 The word ‘Tamarack’ originated from the Abenaki Native American word ‘Hackmatack’ which means ‘wood for making snowshoes’. Hackmatack is another name used to refer to tamarack but not as well known. The wood of tamarack trees have also been historically used for the runners of dog sleds but is more commonly used as pulpwood these days. Although tamarack trees would not be ideal for harsh urban conditions, they are beautiful trees that would make a great addition to rain gardens or sunny areas in one’s yard with plenty of moisture.