Skunkbush Sumac is native to much of western North America, from western Canada to California and Texas (excluding Washington and British Columbia), and as far east as the Dakotas. It usually forms upright thickets, with yellow to whiteish flowers from April-July, and small fruits from June-October, red at maturity and often persisting through the winter. Leaves with three-lobed leaflets turn orange or reddish in the autumn.

Rhus trilobata grows in sun to part shade and is generally quite drought tolerant. It is useful as a windbreak, for erosion control because of its strong, extensively branching root development, and as an ornamental. It resembles R. aromatica and is sometimes considered part of this species. There is also variation across ecotypes and several formal varieties.

US Department of Agriculture Plant Guide 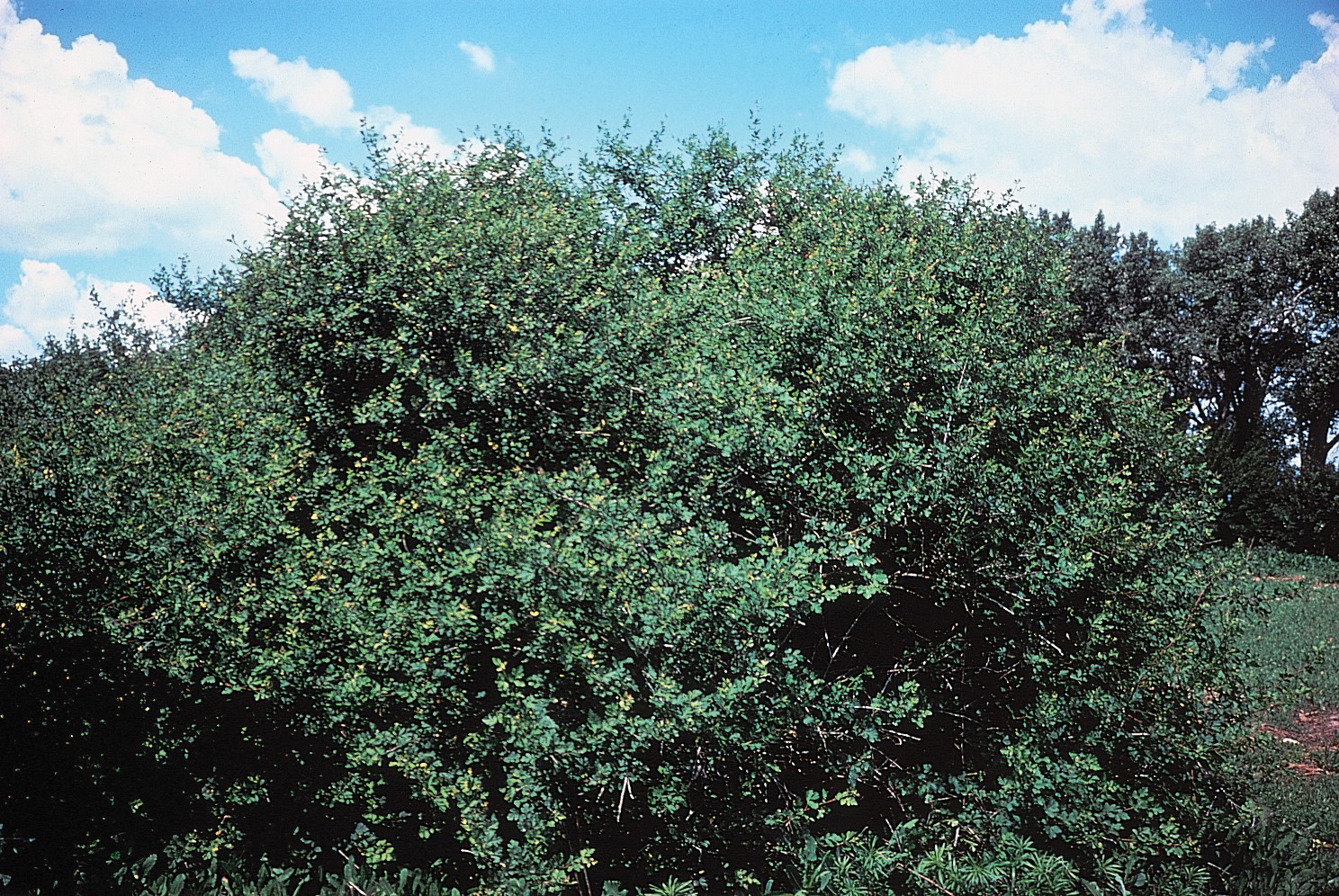