This tall, straight conifer is the state tree of Minnesota. It is a common sight throughout the state, growing both naturally and in plantation settings. It is commonly referred to as Norway pine, though this title carries incorrect implications because it did not originate in Norway. One story behind the title is that early settlers mistook it for Norway spruce. Another is that it was grown at high rates near the town of Norway, ME.

​Red pine is one of the tallest trees in Minnesota, capable of reaching over 125 feet tall in extreme cases. Its bark is divided into large reddish-brown plates as it matures, which gives the tree its characteristic appearance and its common name, red pine. Its needles occur in clusters of two, they are dark green throughout the year. Its cones are about 2" long, light brown fading to gray. The only species grown in Minnesota that could be confused with red pine may be Austrian pine. To test between the two, you can bend the needles to the breaking point. If the needles snap, they belong to red pine. If they bend without snapping, they belong to Austrian pine.

It is quite common to see it growing in typical plantation formation: straight, linear rows with even spacing between individuals. It is one of the most heavily used timber species in Minnesota. Red pine is an important component of several forest ecosystems in Minnesota, particularly in the northern regions.

It can provide nesting sites for eagles and other birds, a shelter for mammals, and a habitat for mid-successional understory vegetation that provides valuable wildlife browse.

Native to the northeastern United States. The red pine is native to Minnesota. 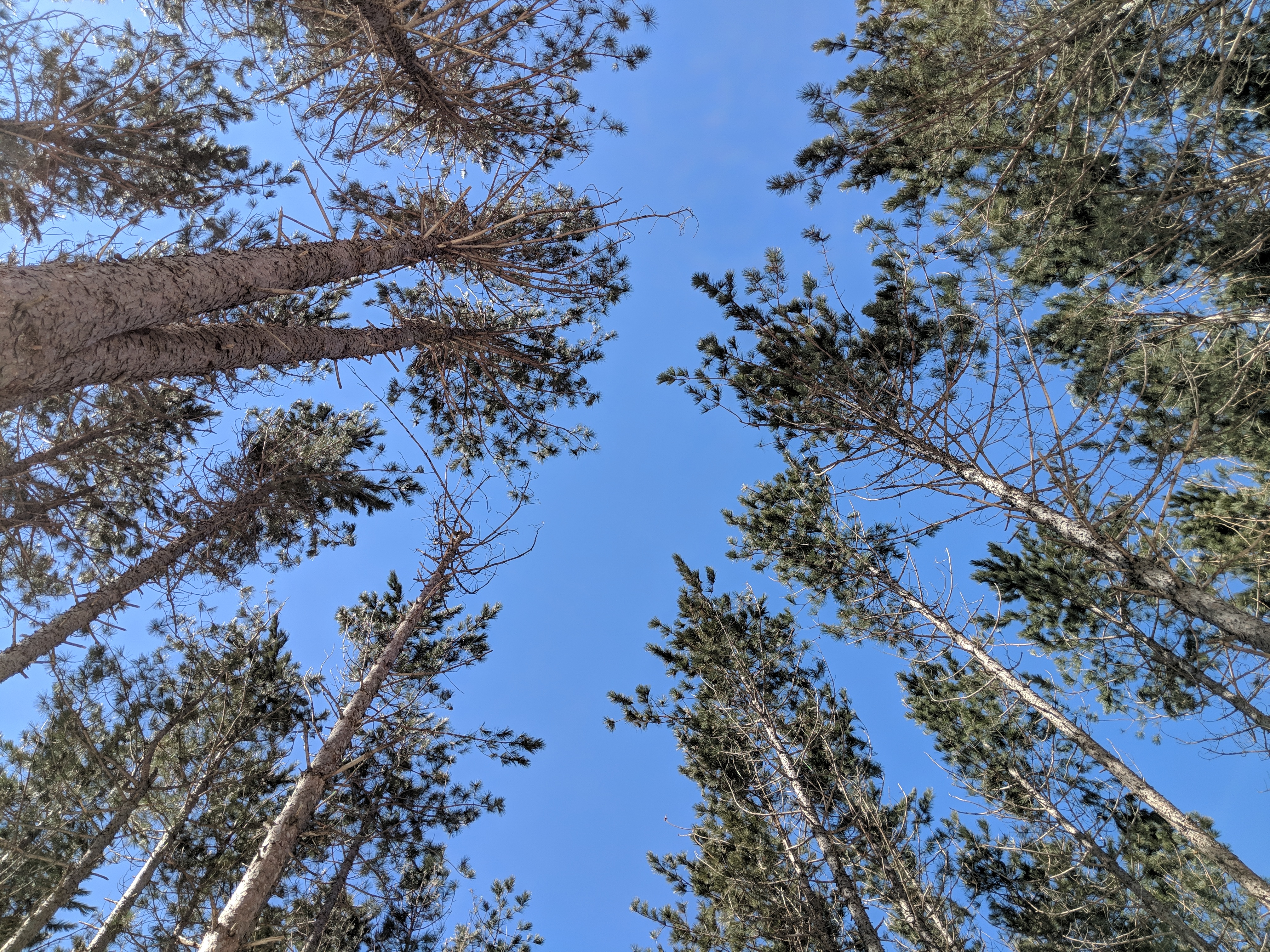 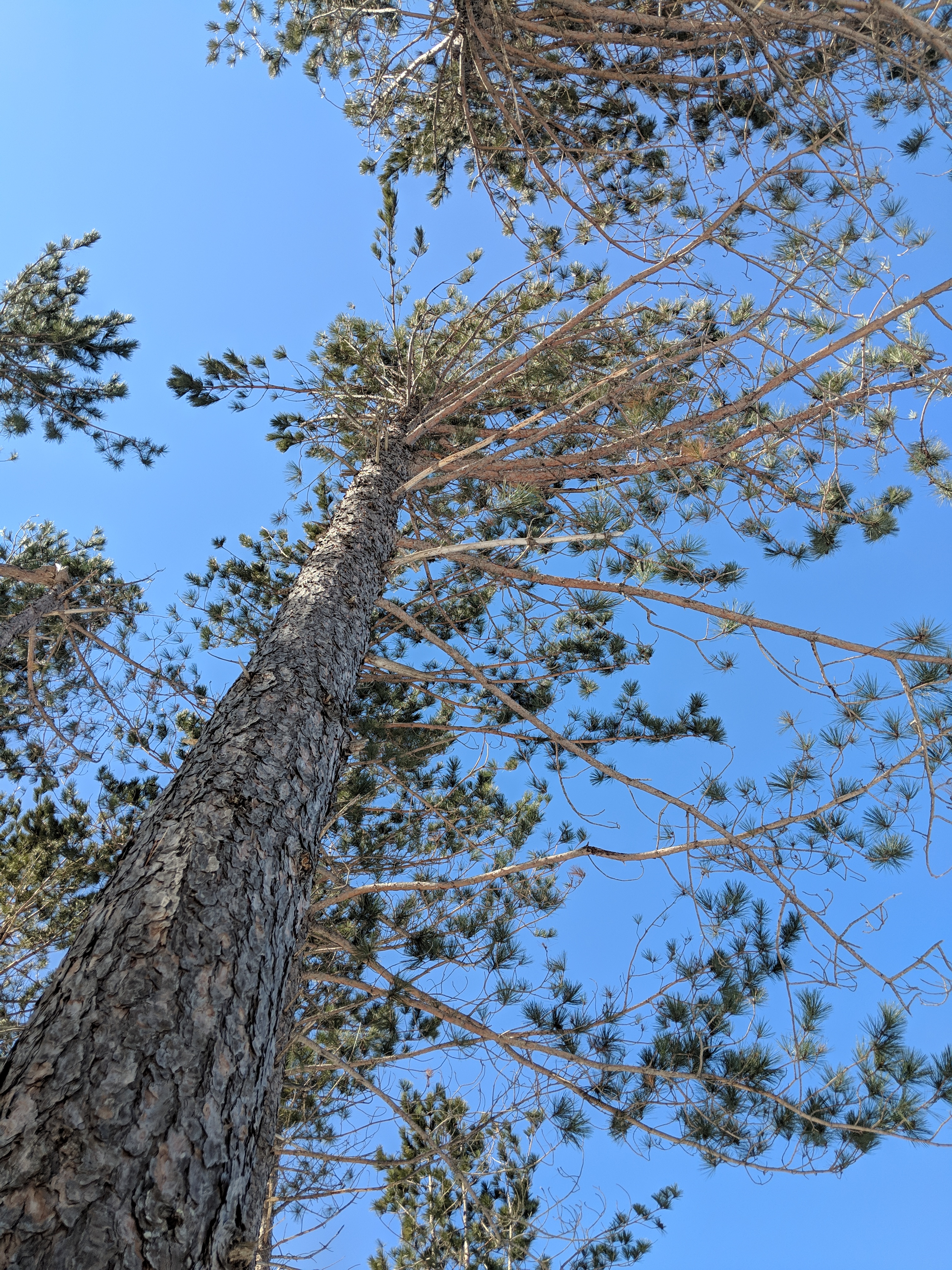 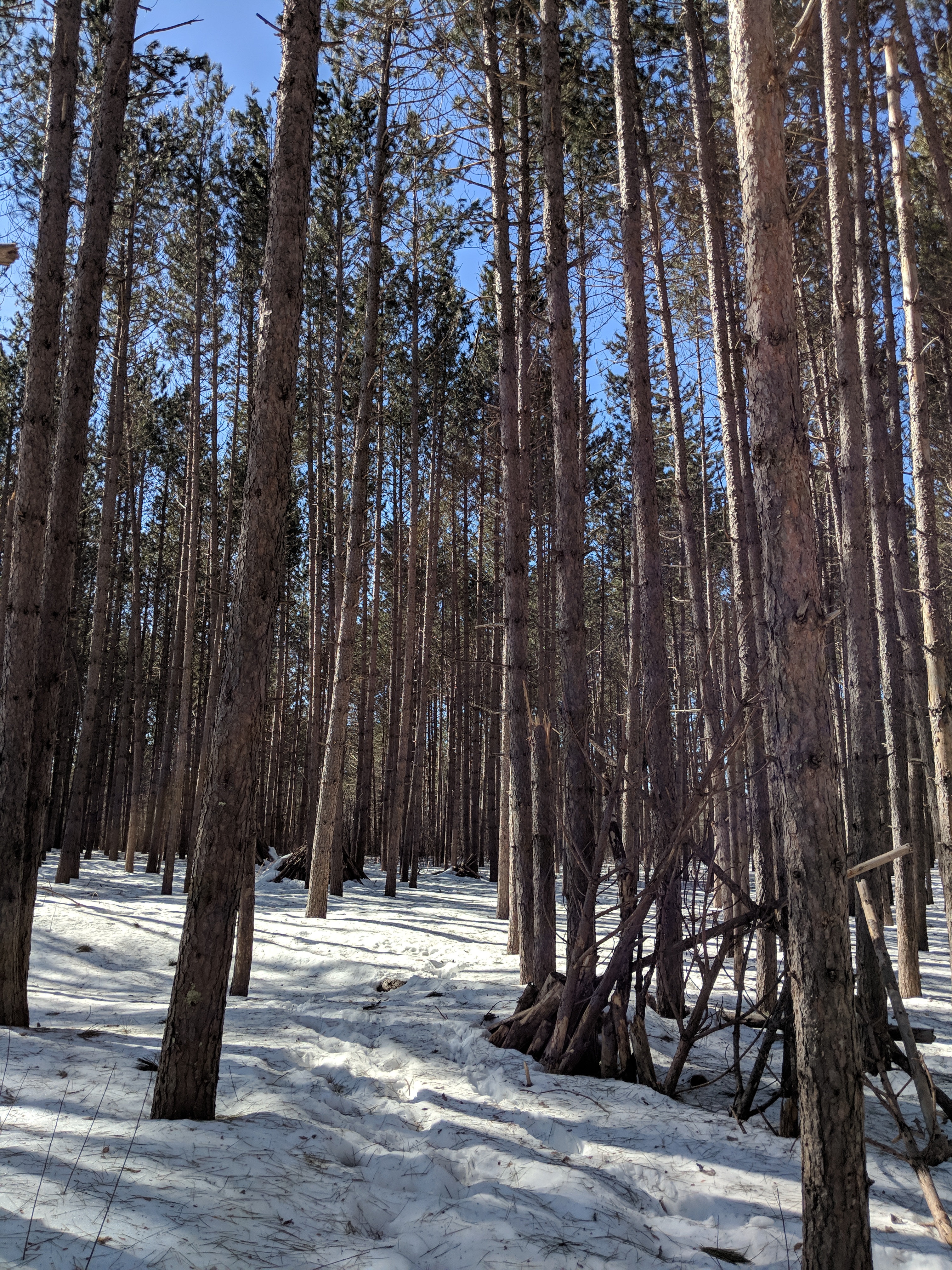 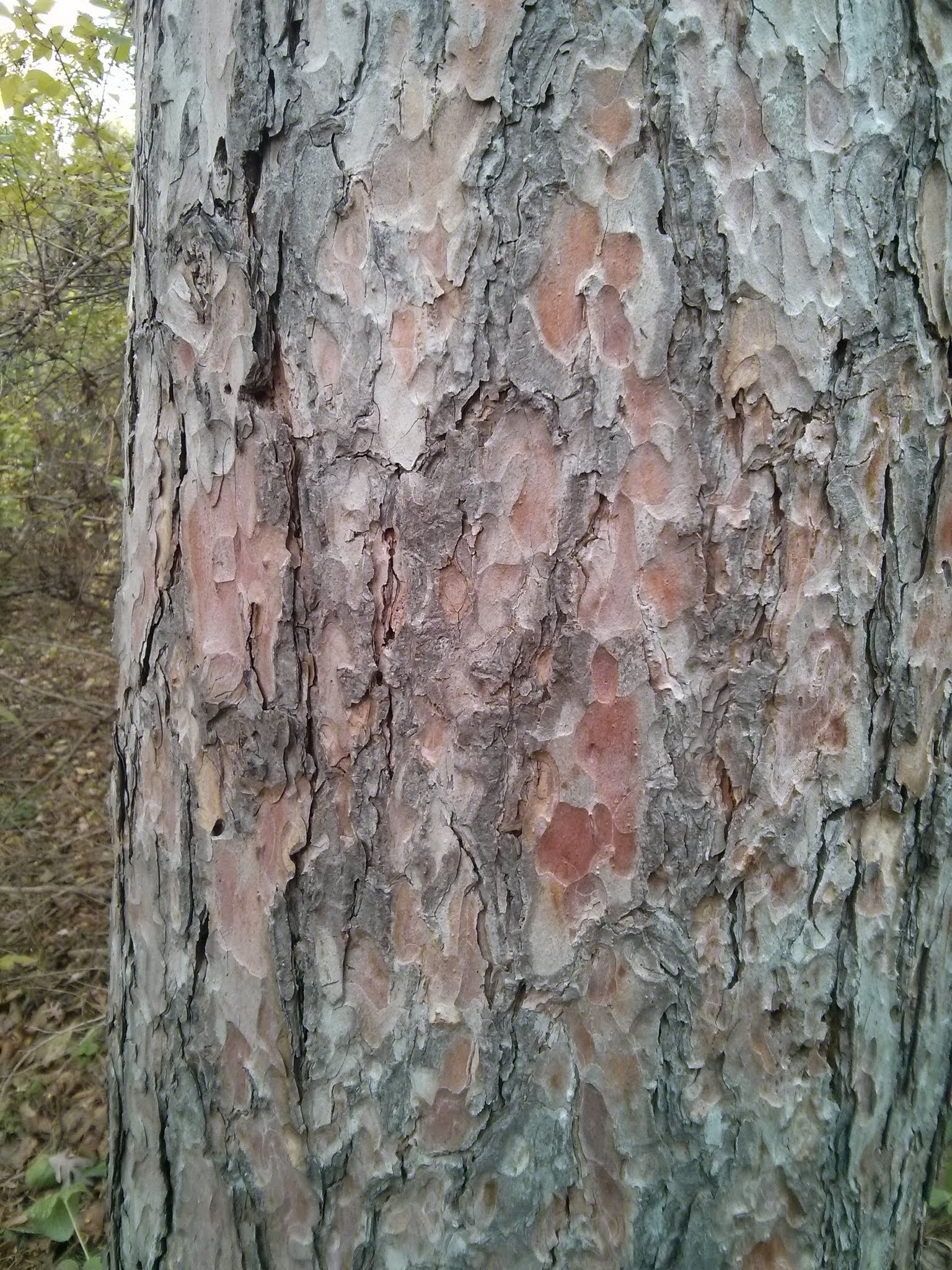 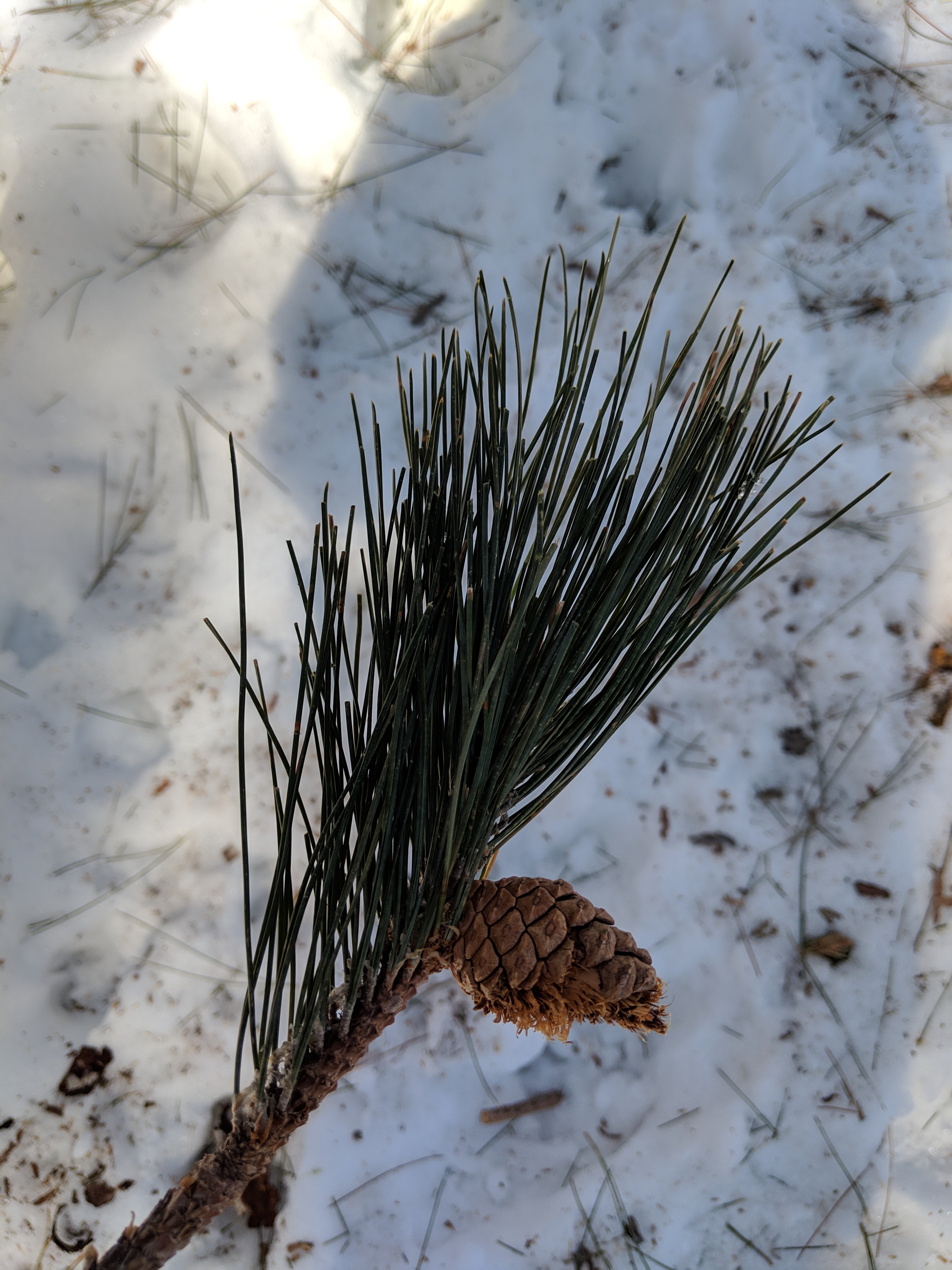 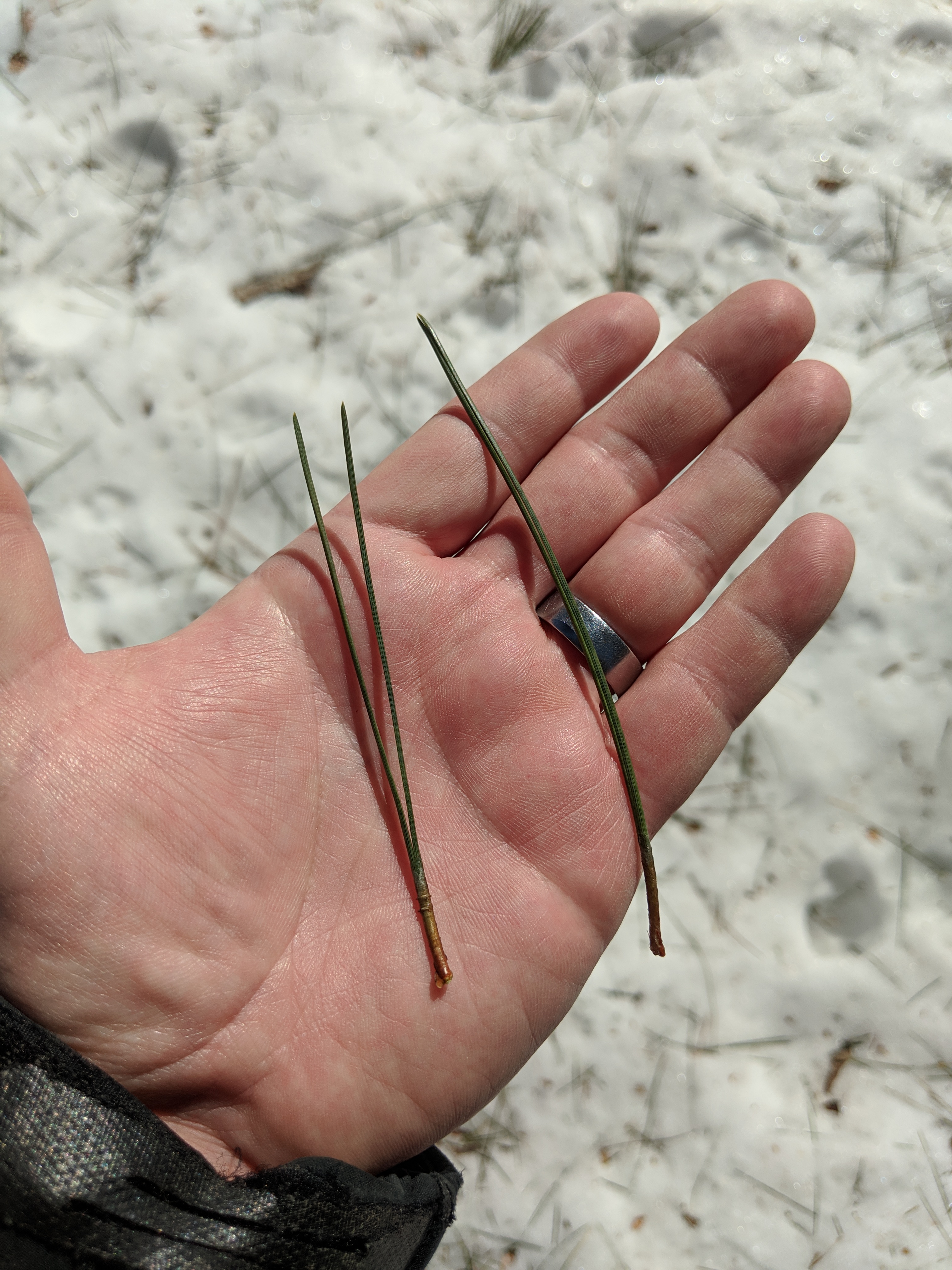 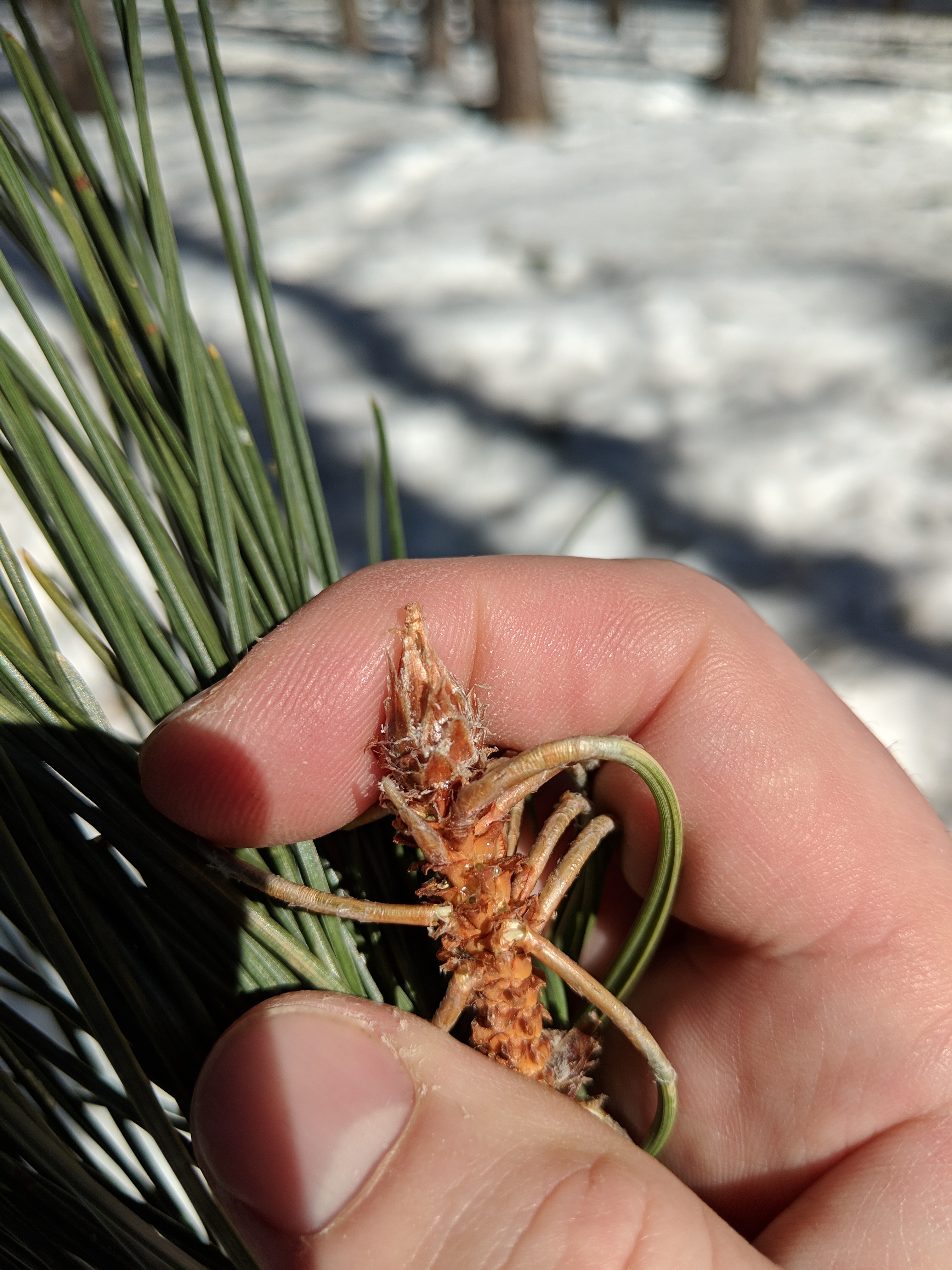