The Parker pear is a medium to large tree that was introduced by the University of Minnesota in 1934. This tree has a compact vase-shaped form and canopy. It can be used as a pollinator for ‘Luscious.’  Parker Pear is blanketed in stunning clusters of white flowers with purple anthers along the branches in mid-spring. It has dark green foliage throughout the season. The glossy pointy leaves turn an outstanding deep purple in the fall. The fruits are showy Indian red pomes carried in abundance in late summer. This variety requires a different selection of the same species growing nearby in order to set fruit. The furrowed brown bark is not particularly outstanding.

This tree should only be grown in full sunlight. It does best in average to evenly moist conditions, but will not tolerate standing water. It is not particular to soil type or pH but is subject to chlorosis (yellowing) of the leaves in alkaline soils. It is highly tolerant of urban pollution and will even thrive in inner-city environments.

Most commonly used for its fruit productions. Not typically seen as an ornamental tree for the landscape. Can be messy if the fruit is not picked before ripening and falling off the tree.

This tree is used as a food source by birds and mammals.

The Parker Pear is native to Minnesota and was introduced as a cold-hardy pear tree. 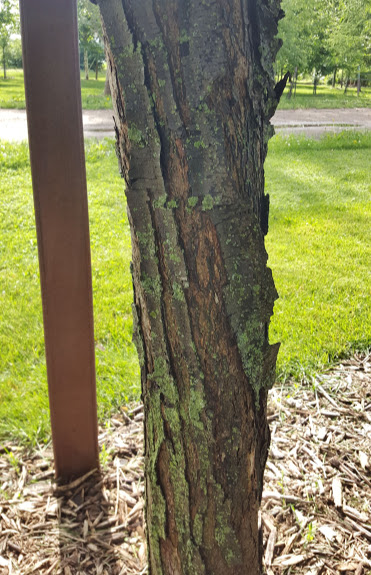 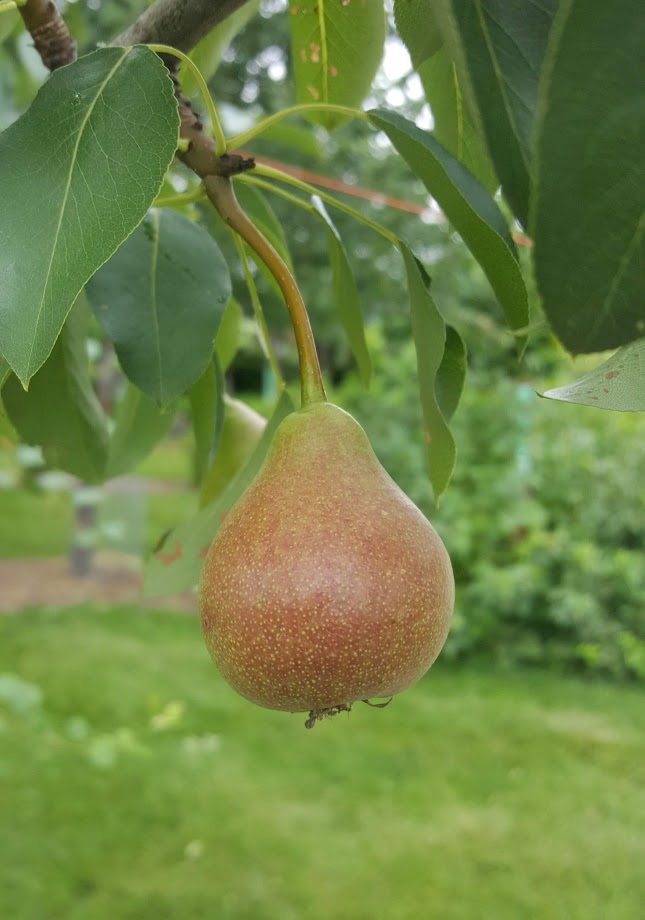