Osage-orange is a medium-sized tree with a short trunk and rounded crown with large spherical fruit produced by female trees. The bark is gray-brown to orange-brown and furrowed into an irregular criss-cross pattern. It has a fibrous appearance to it. Thorns form on new shoots below the leaves. The leaves are alternate and simple with an egg shape. They are green in the summer and turn yellow in the fall. Osage orange is diecious so male and female flowers are on separate trees. The fruits that develop on female trees are large and can have up to a 6in. diameter and are globular. They are yellow-green in color and have a surface pattern similar to the pattern seen on an orange but more prominent. It has an invasive tendency on idle and unmanaged lands.

Osage orange does best in moist, well-drained soil and prefers full sun. Once established, they can withstand a wide range of soil types. It is tolerant of dry sites, occasional drought, occasional flooding, wet sites, and road salt.

Osage orange has been used as a hedge row plant for property lines or as windbreaks. They are effective for areas with poor soils where other woody plants may struggle. Male trees can be effective shade trees in the corners of the landscape. Female trees are generally not recommended for landscape use because the fruits pose a considerable litter problem.

Small mammals are attracted to it for shelter.

It is native to the southern United States. It has spread outside of its small native range because of its use as windbreaks and hedges.

White Shield osage-orange (Maclura pomifera ‘White Shield’): A fruitless cultivar that has few to no thorns. It grows 35 feet high and wide and is fast-growing and produces yellow fall color.

The main disease problem for the plant is root rot. 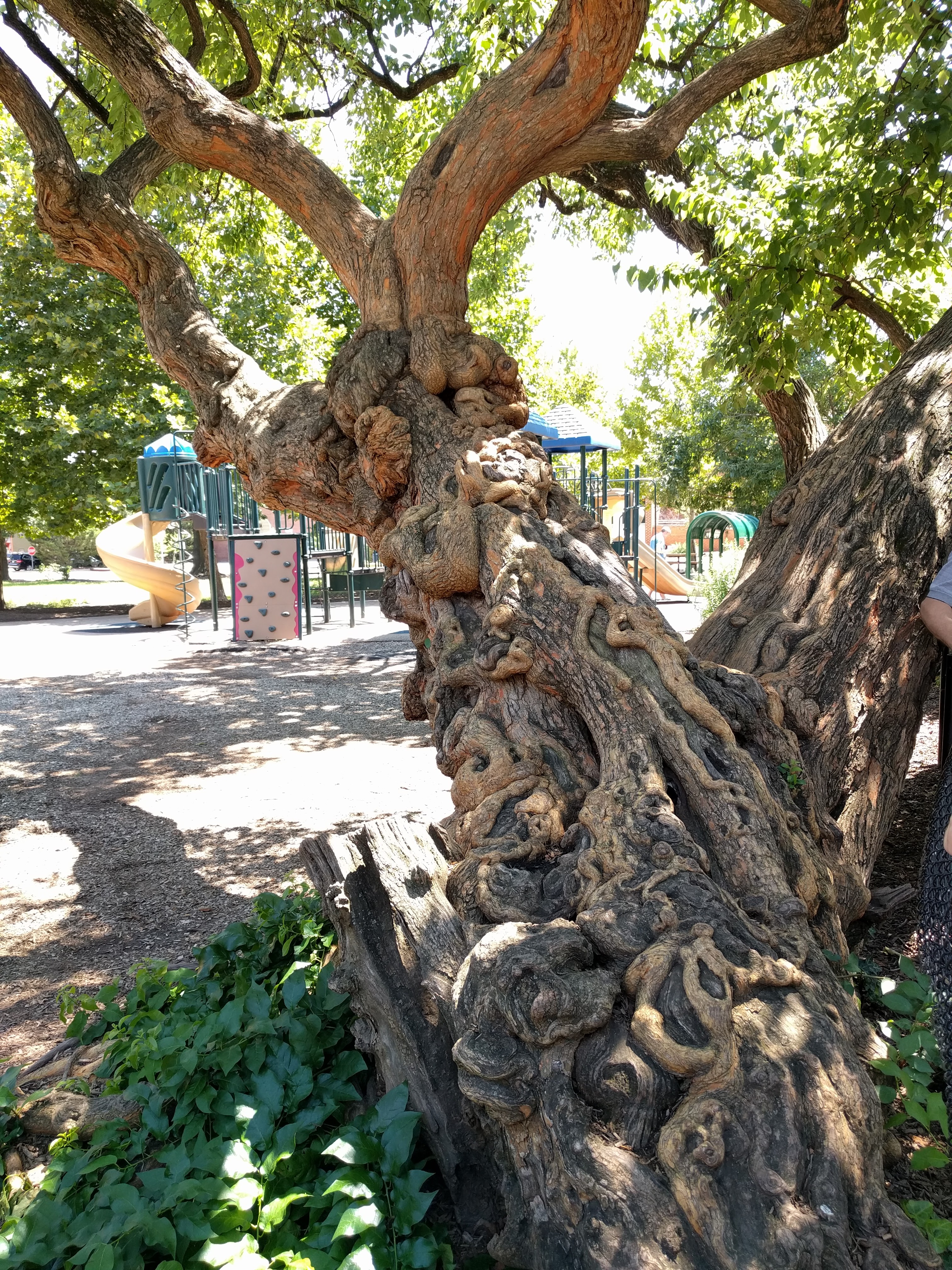 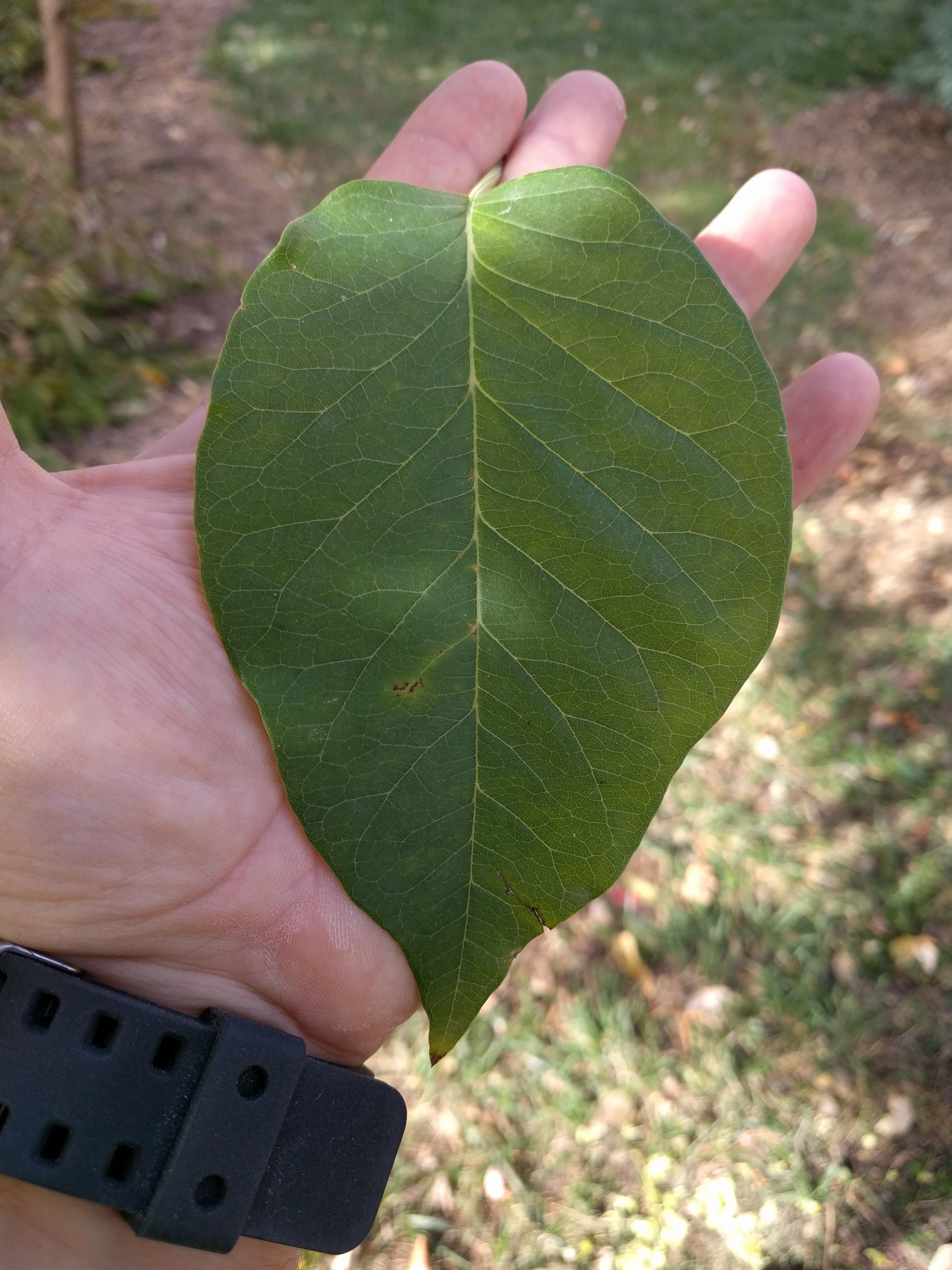 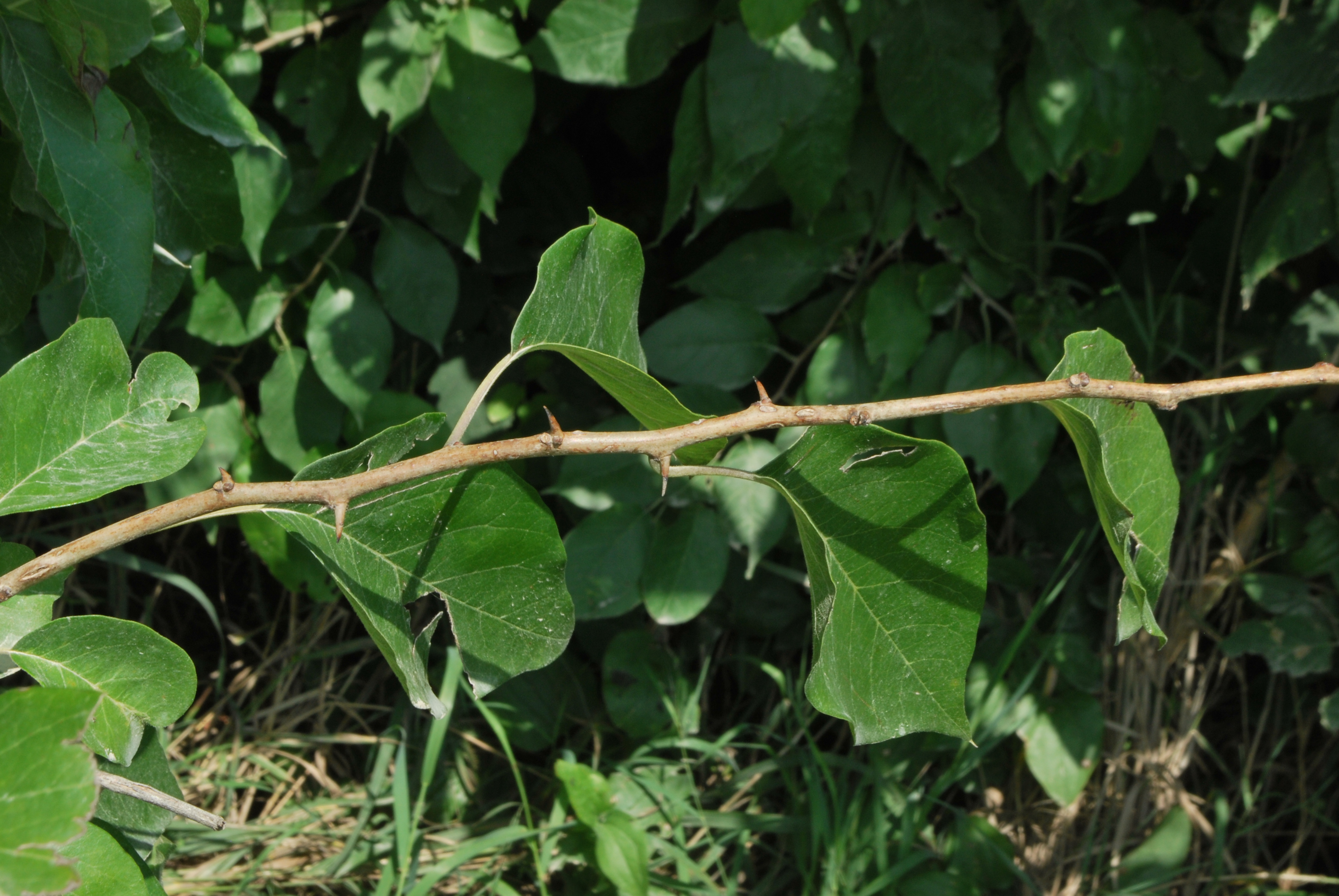 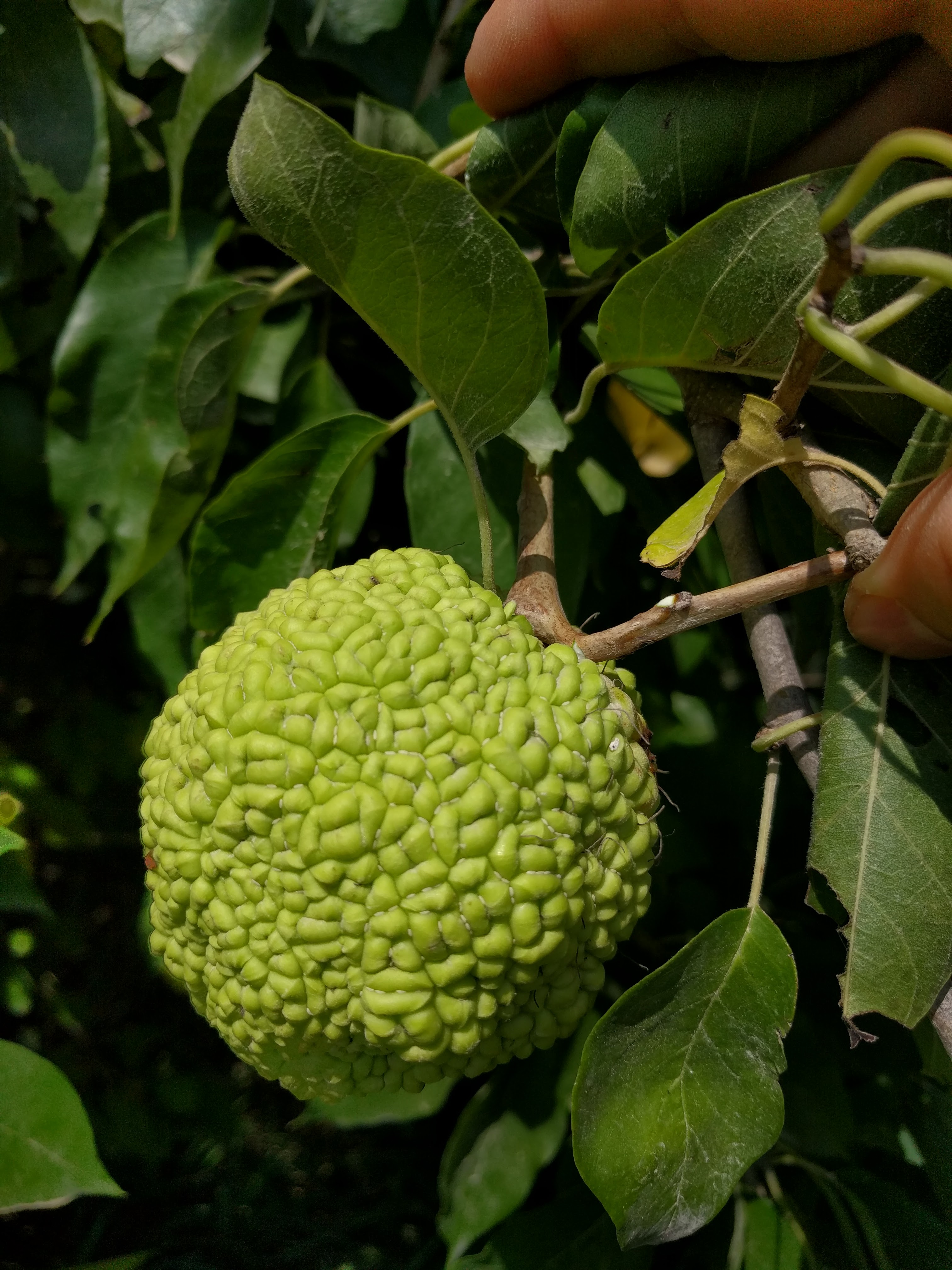