A new and distinct cultivar of Betula papyrifera named ‘Oenci’, or oasis birch, is a very fast-growing tree that has a broad dense pyramidal or oval shape to its canopy. The bark of younger trees and branches will be mahogany-like reddish-brown. As the trees mature they will exfoliate to reveal a distinct bright white bark like that of traditional paper birch. Leaves are simple and grow alternately on the stem. They are oval or heart-shaped, pointed at the tip, and rounded at the base. They have an irregularly serrate margin and are a dark green color in summer and yellow in the fall.

Used in the landscape as a shade tree in yards or parks. Can be used in the boulevard but may suffer due to salt spray.

Native to the northern United States. They prefer cool summers.

This tree was bred to have an increased resistance to the bronze birch borer. It could experience issues with leaf miners and canker. Chlorosis (yellowing) may occur in high pH soils. 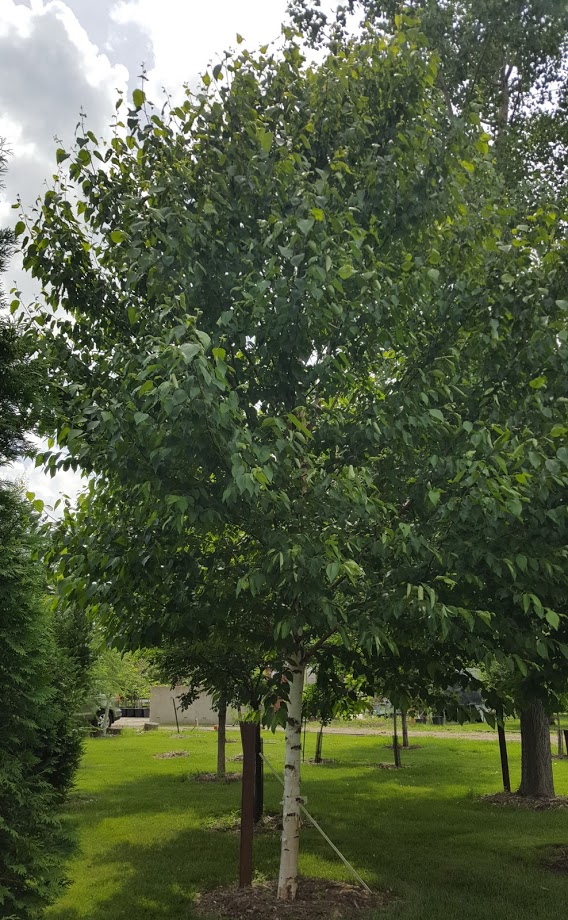 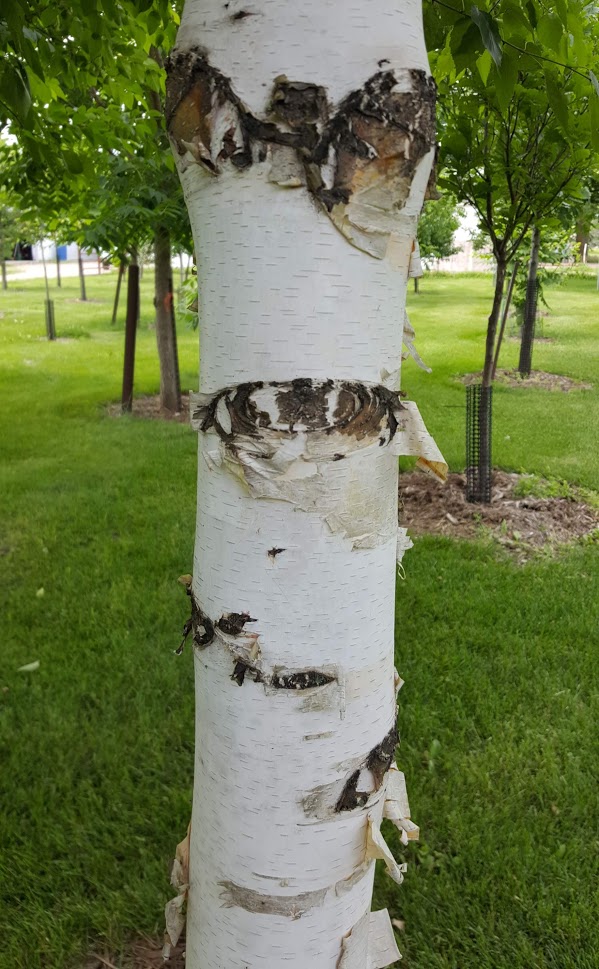 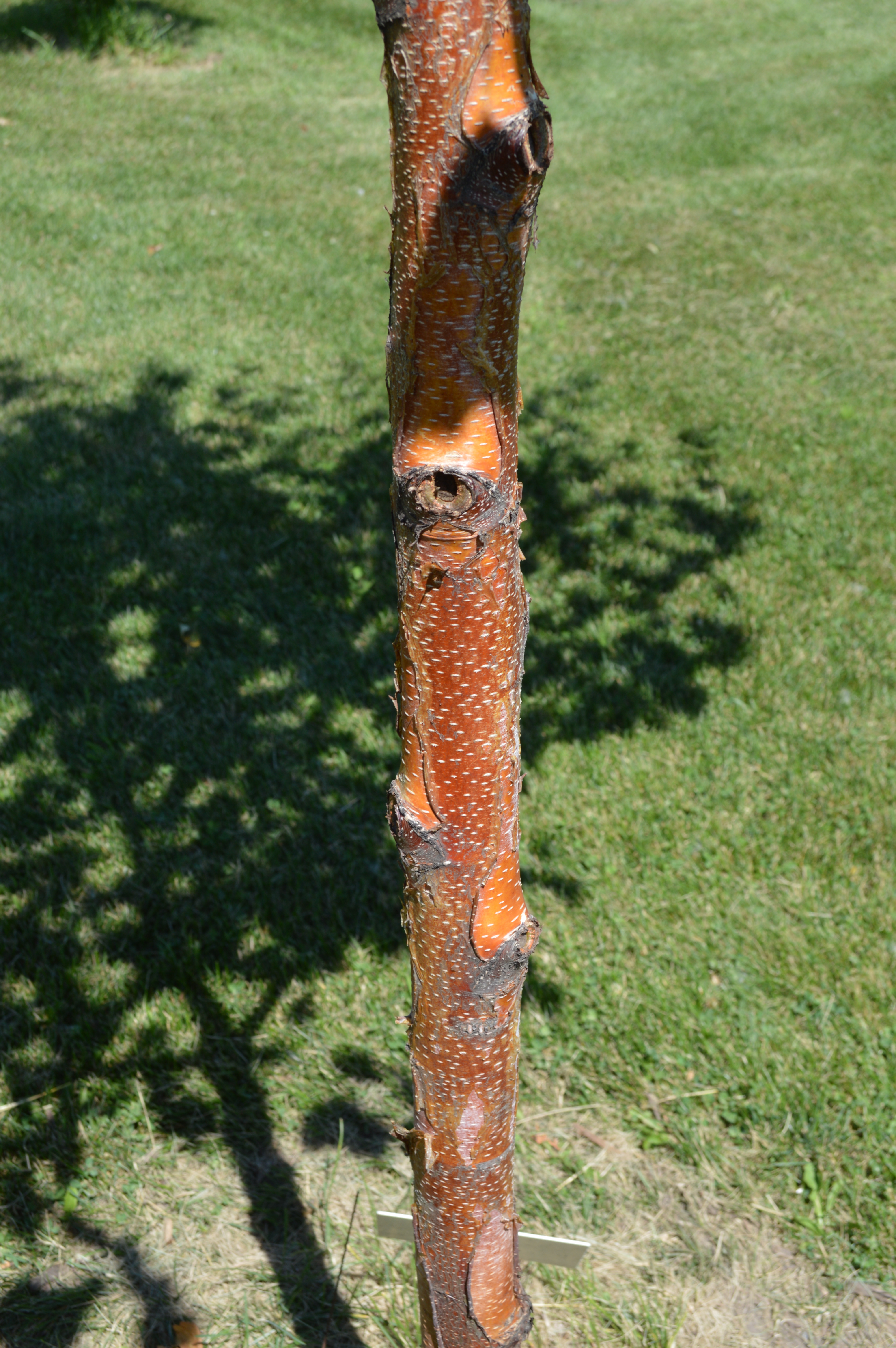 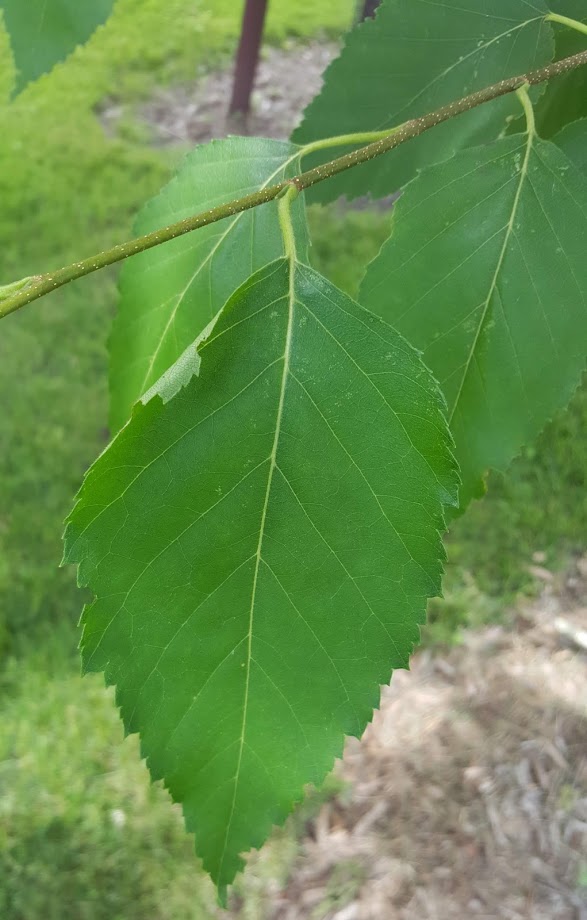