In today’s urban forest, a person is likely to come across a variety of tree species ranging from native to neo-native, and even introduced species from around the world.  Urban trees are selected for a vast array of reasons ranging from their adaptability to urban conditions, their unique features such as bark or flowers, or even their rate of growth which allows for quicker landscaping results.  Often times, these urban trees perform to their potential and become beneficial aspects of the urban environment.  In certain circumstances, however, a tree species may overwhelmingly outperform surrounding species and become an issue rather than a benefit.  The amur corktree, Phellodendron amurense, falls into this unique category of urban trees.  While still being planted throughout the United States, several states have placed it on their invasive species list and people cannot plant or sell its stock. 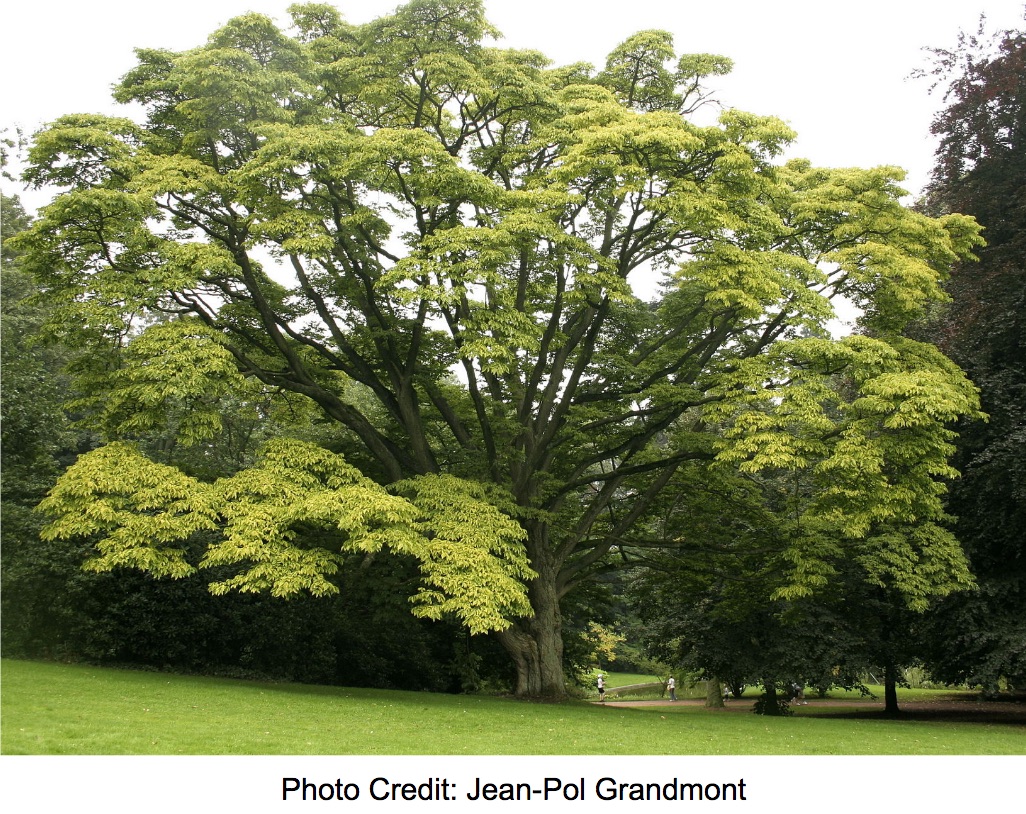 This week’s tree of the week is certainly a “corky” tree, pun-intended.  The name Phellodendron is derived from the unique bark of the tree.  In Greek, the term “Phello” refers to cork and “dendron” refers to tree.  On young branches, bark begins as yellowish-gray in color and changes to brown upon maturity.  As the trunk matures, it develops deep, furrowed crevices that are grayish-brown in color.  Both branches and mature bark have a spongy, corky feel to them.  The growth habit of a mature tree produces a well-rounded canopy that is made up of a few horizontal branches developing from a short trunk.  The height and spread of the tree ranges from 35’ to 50’ and growth rate is average.  The branches give rise to the compound leaves, of which each typically contain 5-11(13) leaflets.  The leaflets are arranged opposite along the rachis and are pinnately compound.  They are typically 10”-15” long and are ovate to lance-ovate in shape.  The leaf color changes from a nice, dark green in the summer to a yellow-bronze color in the fall.

Introduced into the United States around 1856, this tree is native to Northern China, Japan and Manchuria.  By the early 1900’s, it was being planted throughout the northeastern portion of United States and was used in boulevards, parks and residential yards.  In time, the tree became so adapted to its new environment that it became naturalized in surrounding forested areas where it remains to this day.  Its ability to outcompete native vegetation affects the natural forest regeneration, leading to an unhealthier ecosystem.  Forests that once were dominated by oaks, hickories and native shrubs are now being overrun by the corktree.  The corktree berries are less nutritious than the nuts produced by the oaks and hickories, affecting the local wildlife as well. 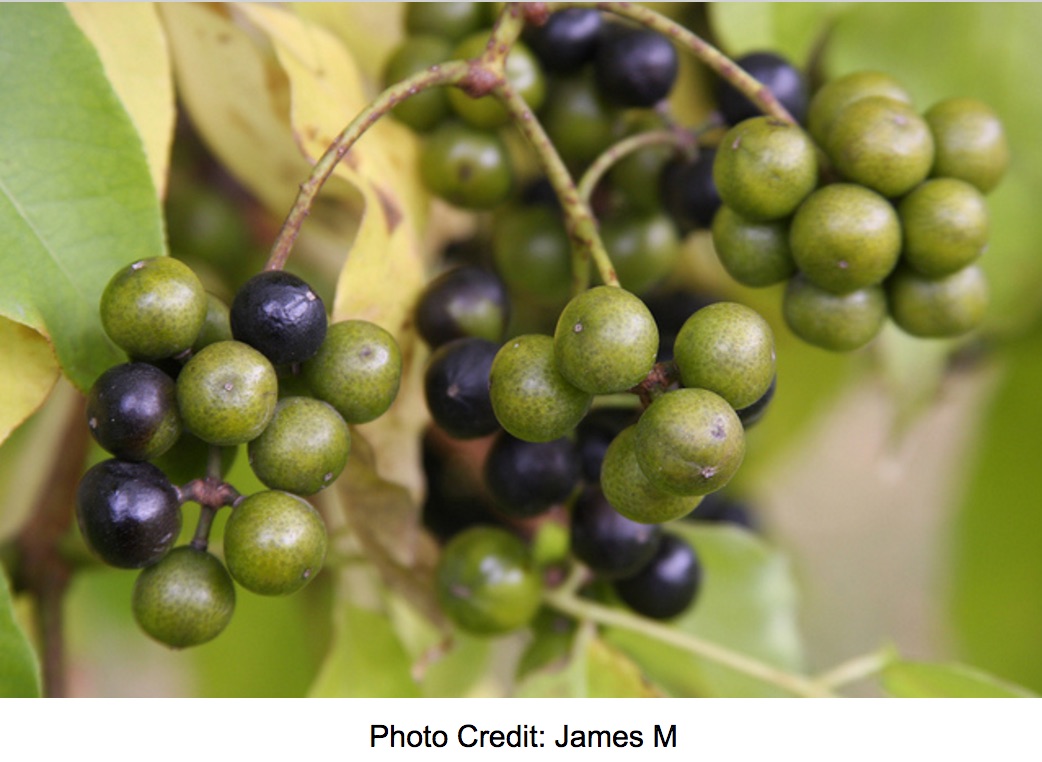 The fact that the corktree is dioecious may be the reasoning behind why it is allowed in certain states while being banned in others.  In short, the term dioecious refers to the way a tree reproduces.  In dioecious species, the male and female flowers are found on separate plants.  Only female flowers produce fruit containing seeds needed for regeneration.  By planting only male trees, the possibility of seeds being produced and distributed is eliminated.  Distribution of seeds can occur in a multitude of ways, but corktree seeds are generally distributed by birds eating the berries and by nearby waterways.  In states where the tree is considered invasive, no past restrictions were placed on the female varieties.  This meant that female trees planted produced berries containing seeds that were prominently spread and the subsequent seedlings outgrew the native vegetation. 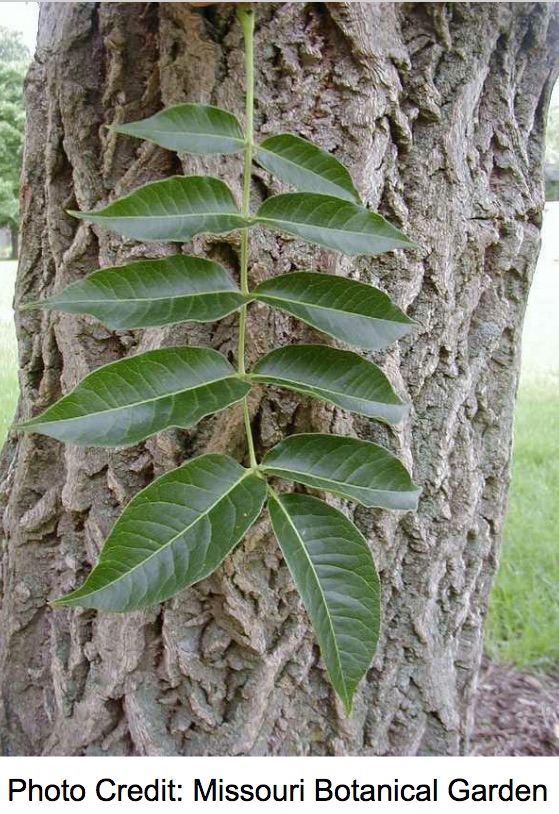 The corktree is suitable for growth in Zones 3b to 7.  It can withstand a variety of soil conditions from acidic to alkaline, and can handle drought and polluted air.  Though the tree has been and still is grown along roadways, it may not be as hardy as once thought.  The shallow, wide-spreading fibrous root system is best suited for larger landscapes such as parks or large residential yards. If the amur corktree is to be planted, check with local, regional or state forestry programs to inquire about the potential restrictions of its use.  Many male varieties have been cultivated over the years to allow their continuance in the landscape.  His Majesty is a male variety developed at the University of Minnesota and introduced in 1996. 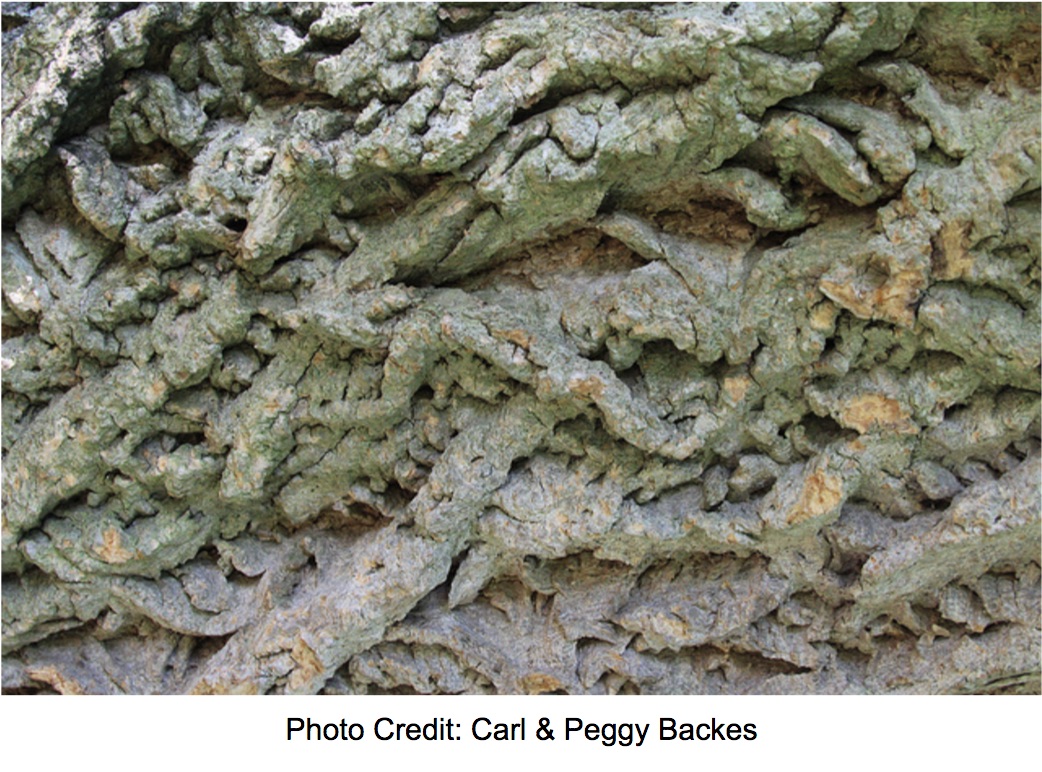