This medium-sized tree typically grows to 40-50' in height with a dense, oval to rounded crown. Leaves are pinnately compound that grow to 10-15" long, each leaf has up to 11 coarsely-toothed, lance-shaped leaflets that are between 3-5" long. The leaflets are matt green above and downy on both sides. Leave will transition to an attractive yellow fall color. Non-showy, greenish-yellow flowers in compact panicles begin to bloom in spring before the leaves emerge.

The Manchurian ash is one of the only ash species found to have some resistance to the Emerald Ash Borer, which will kill native ash trees within 3-5 years of infestation. EAB is from China and is a serious threat to the two billion ash trees in Minnesota, so the possible resistance in Manchurian ash has caught the eye of researchers looking for replacement species. Its resistance can likely be attributed to the coevolution of both species in their native range in Asia; this ash has been able to develop defenses against EAB over a long period of time. However, there is no definite evidence to back this up.

It is best grown in consistently moist, well-drained loams that are in full sun. It will tolerate light shade and dry soil conditions. Performs poorly in climates south of USDA Zone 6.

Like most ash trees, the Manchurian ash can tolerate some harsh conditions, which is what originally made the genus so popular in our urban settings. At this time, this is one of the only species of an ash tree that should be considered for planting.

Manchurian ash is native to wooded slopes and open valleys of northeast Asia and Japan. 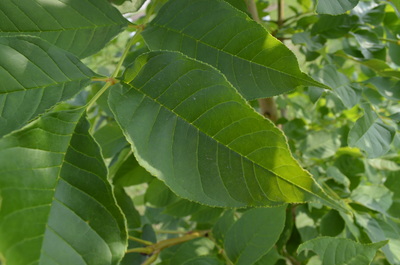