The Korean fir can grow to heights of can reach a height of 30' to 50' tall and diameters of 3' to 6'. Its bark is smooth and covered with resin pockets. As the bark matures it will become platey and furrowed, it is a purple-gray color with distinct red inner bark. The needles of Korean fir are shiny green above and a blue-silver below. They are densely packed along the twig and arranged spirally. The seeds are purple with a red wing. A distinct feature of this fir is its purple upright cones.

The Korean fir is best used as an ornamental yard or park tree. Can make a suitable windbreak.

Many birds and mammals could seek this tree out for habitat as well as food. Seeds can be eaten by birds and small mammals.

Korean fir is native to Korea, specifically the Jeju island in South Korea and the Jirisan mountain in South Korea. Here, it grows at 3,200 to 6,000 feet above sea level in temperate rainforests. Minnesota is a suitable environment for this fir when planted in the correct site. 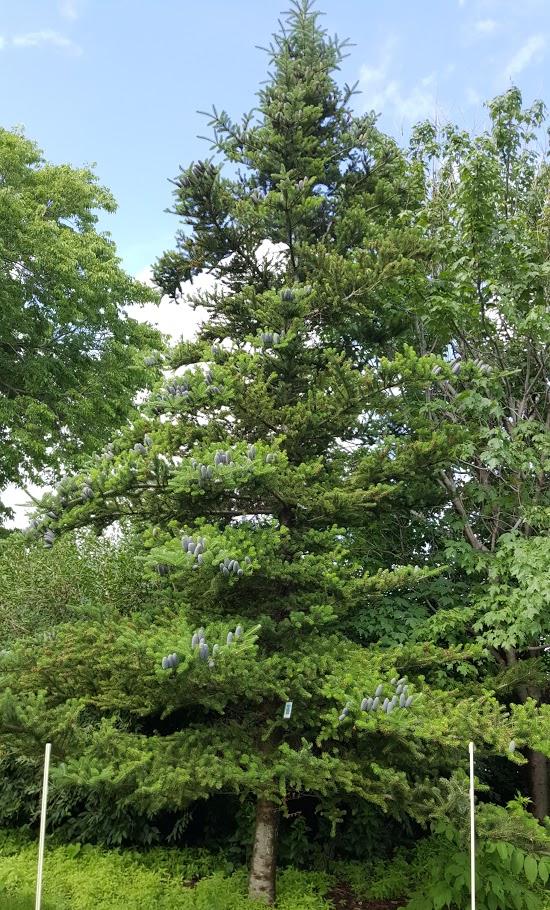 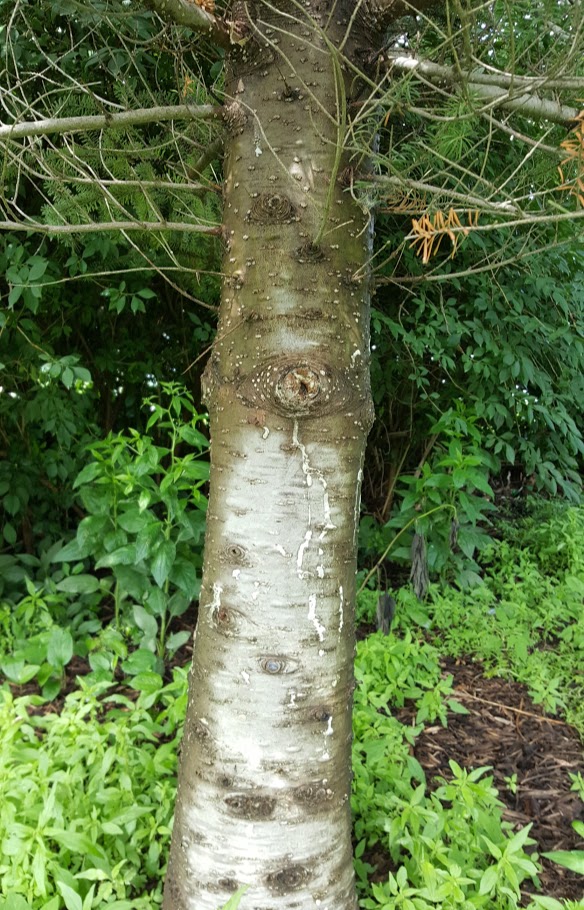 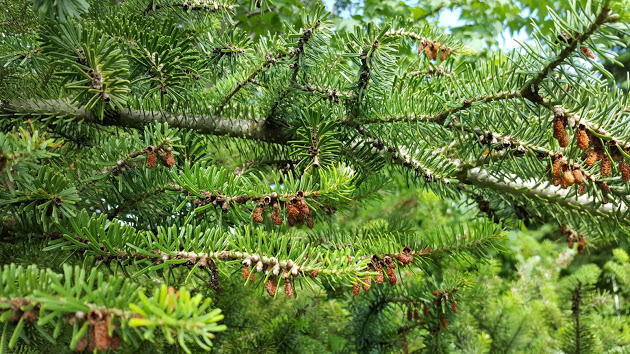 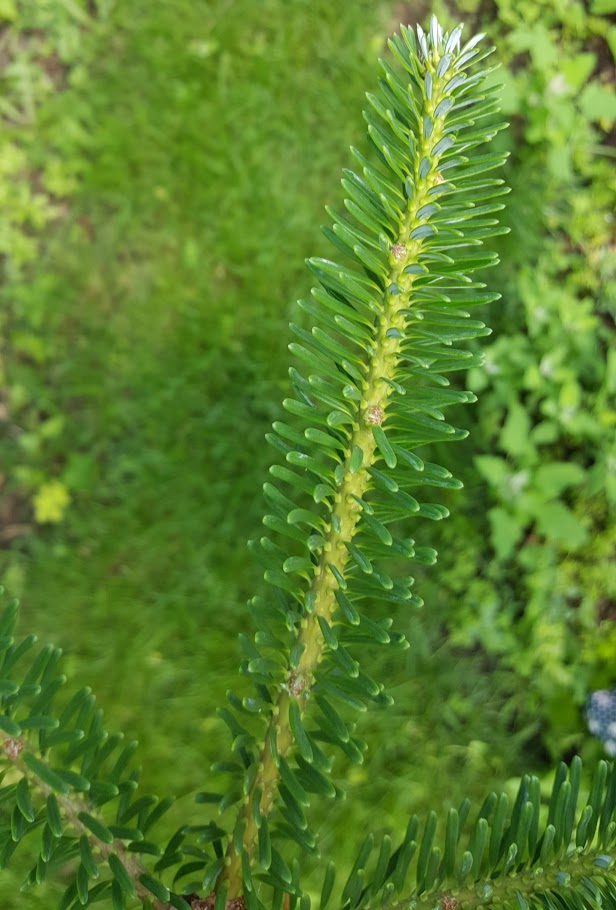 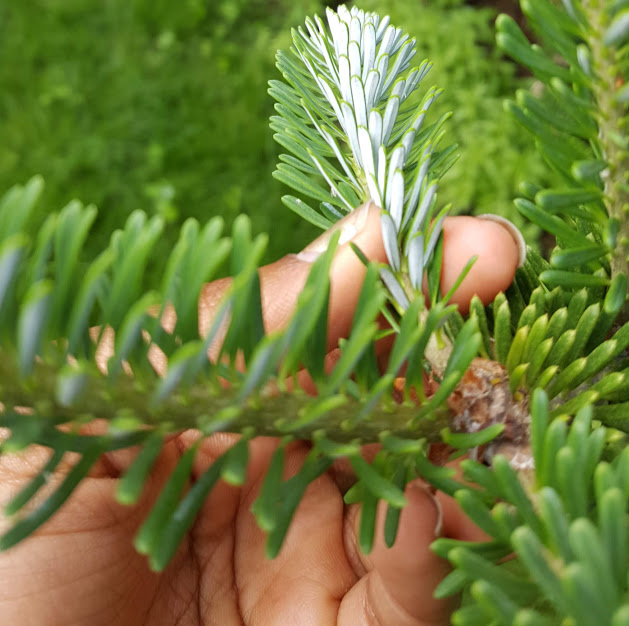 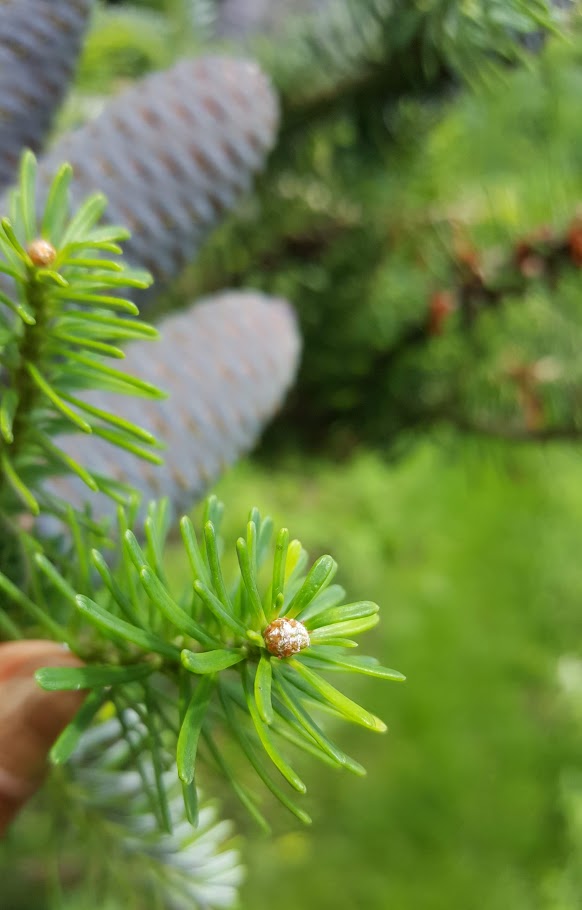 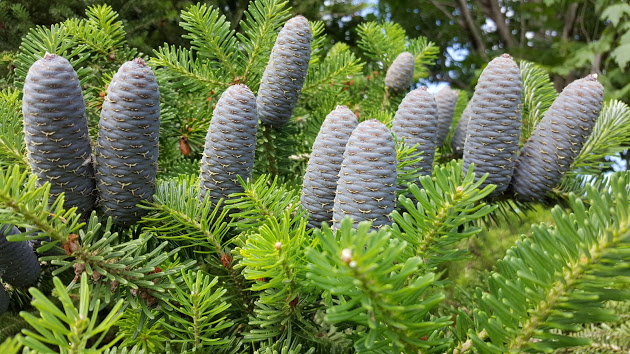