Hawthorn is a small dense tree or shrub with over 380 species. The bark is smooth and gray-brown when young. Mature bark becomes dark gray and scaly. The twigs are slender and gray in color. The twigs have true terminal buds that are shiny and dark red. Most species of hawthorn have very obvious thorns that grow 1 to 3 inches in length. The leaves are in an alternate arrangement with serrated margins and may or may not be lobed. They are dark green on top and pale green underneath. Small white or pink flowers with 5 petals are produced in clusters at the end of the twig in mid to late spring. Following the flowers, small pome fruit is produced. The fruit is yellow and mature to red by late fall.

Hawthorn grows in full sun and part shade but for the best fruit production plant in full sun. The plant is also adaptable to a wide range of soil conditions but prefers moist, well-drained loamy soils. Hawthorn is also very tolerant of urban pollution and grows well in urban landscapes. Some cultivars are tolerant of drought and flooding.

Hawthorn can be used as an ornamental landscape tree. Hawthorn is also very wind tolerant, so it can be grown as part of a shelter-belt. The fruit can also be eaten and used to make syrup and preserves.

Birds are attracted to hawthorn for shelter and a food source. Hawthorn is a species of tree that is known to be used by shrikes. Shrikes will catch small rodents and drop them over the thorns of hawthorn.

Hawthorn's native range is transcontinental in the contiguous United States and Canada.

They are susceptible to fireblight. There is no effective treatment for this disease and it is recommended that you keep your cultivated apples away from Crataegus.

Plants for a Future 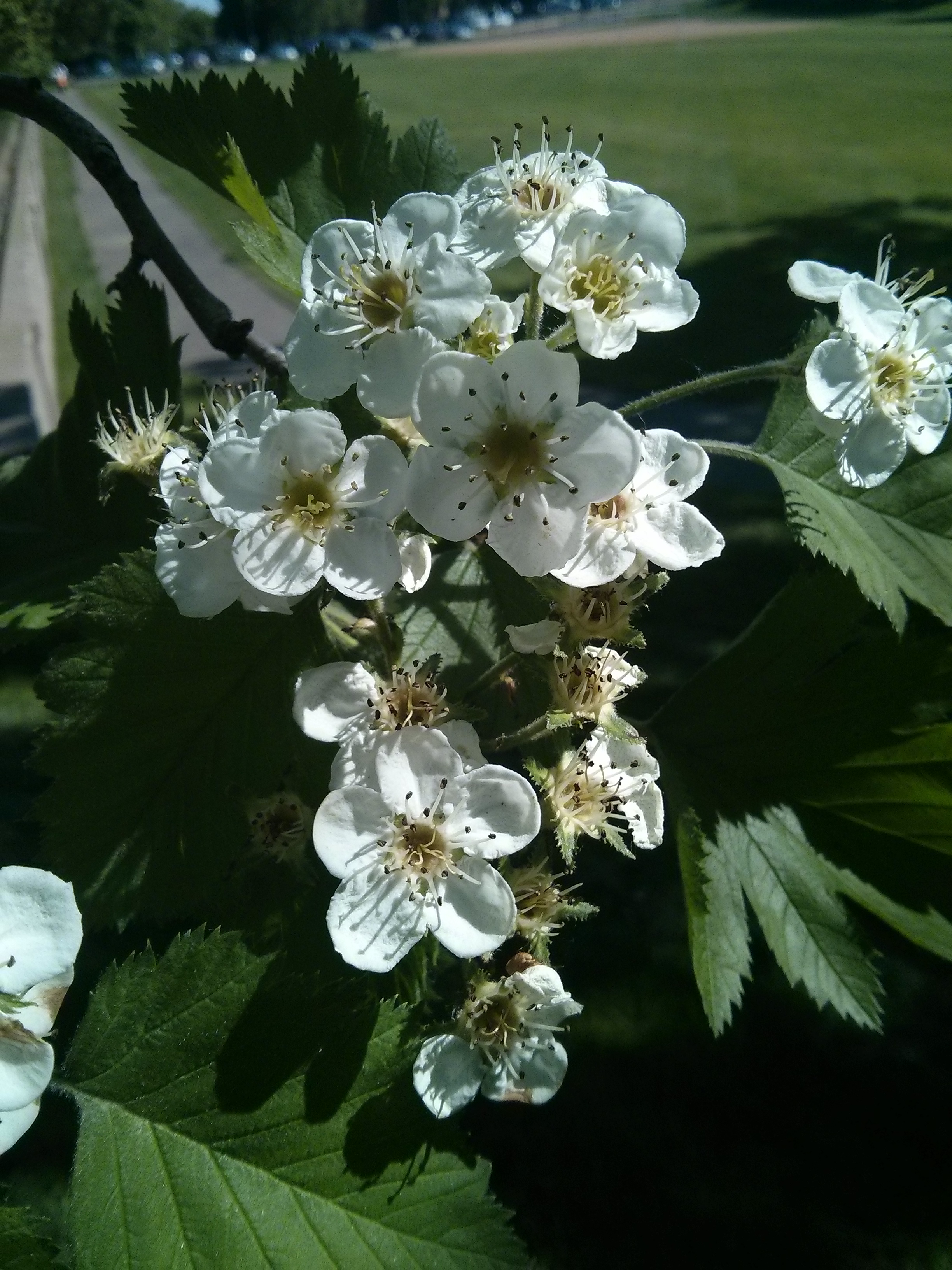