Ginkgo is considered to be a living fossil due to its long genetic presence. ​​These trees are also more closely related to conifers than deciduous trees which can be seen when looking at their conical form. The bark is typically light gray, with shallow ridges and furrows with a slight corky feel to it. Leaves are simple and grow alternately on the stem, they are fan-shaped and grow in clusters of 3 to 5 on spurs or single on long shoots. Its fruit is not a true fruit, but a seed with a fleshy covering that is produced only on female trees. The fruit is apricot-colored with a silvery cast. The odor that is produced from the fruit is strong and unpleasant. The seeds are actually edible once the fleshy covering is removed and are considered a delicacy in eastern countries.

Prefers moist, well-drained soils. It is tolerant of dry sights with occasional droughts, alkaline and clay soils. This tree is very tolerant of road salts and the urban landscape.

The ginkgo makes for an excellent shade tree in your yard or parks. It is also suitable to use in the boulevard due to its resistance to road salts and urban pollution. Ginkgos require very little pruning once established.

The Ginkgo is native to China. It has been well adapted to the urban landscape of Minnesota. 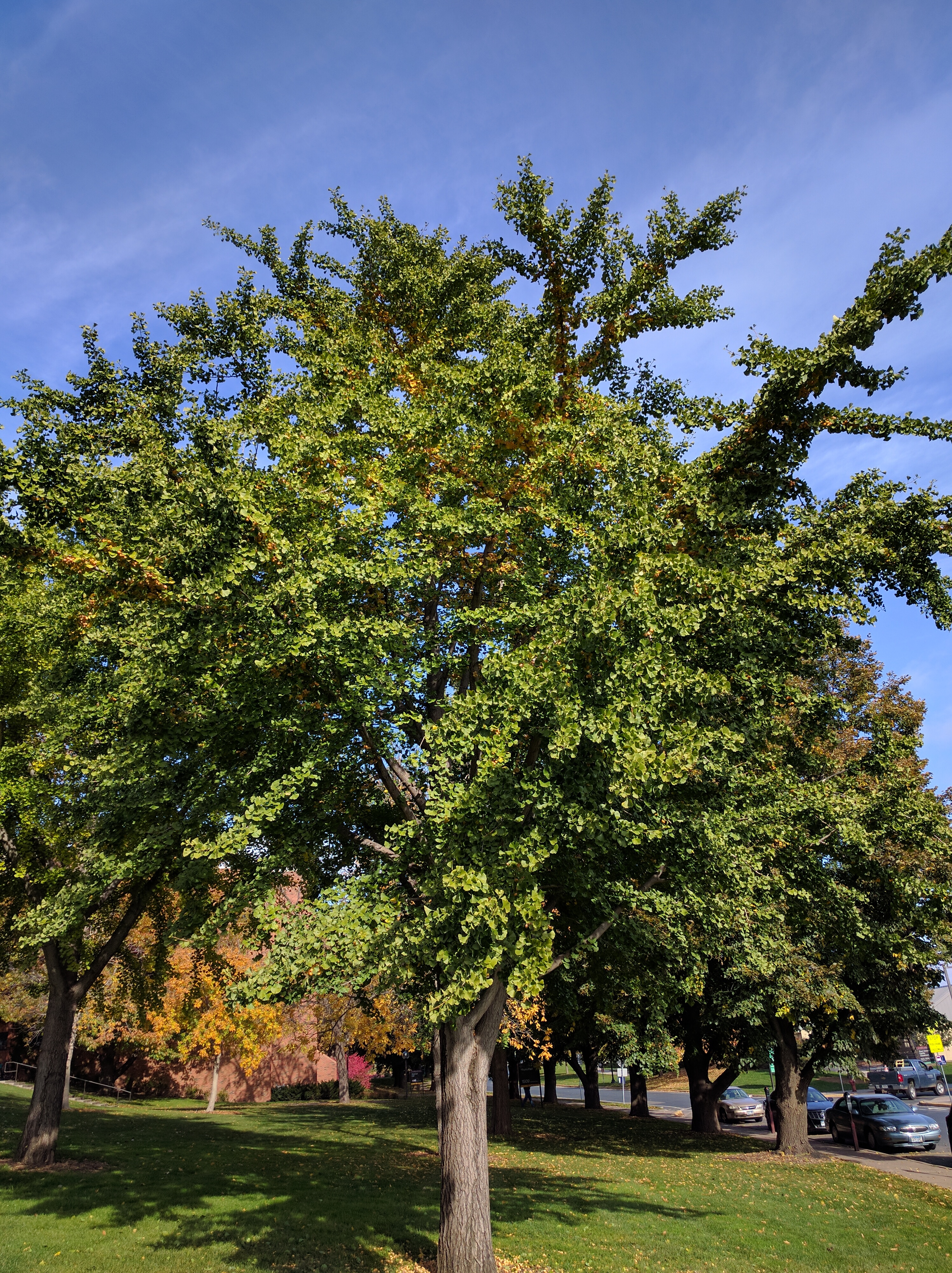 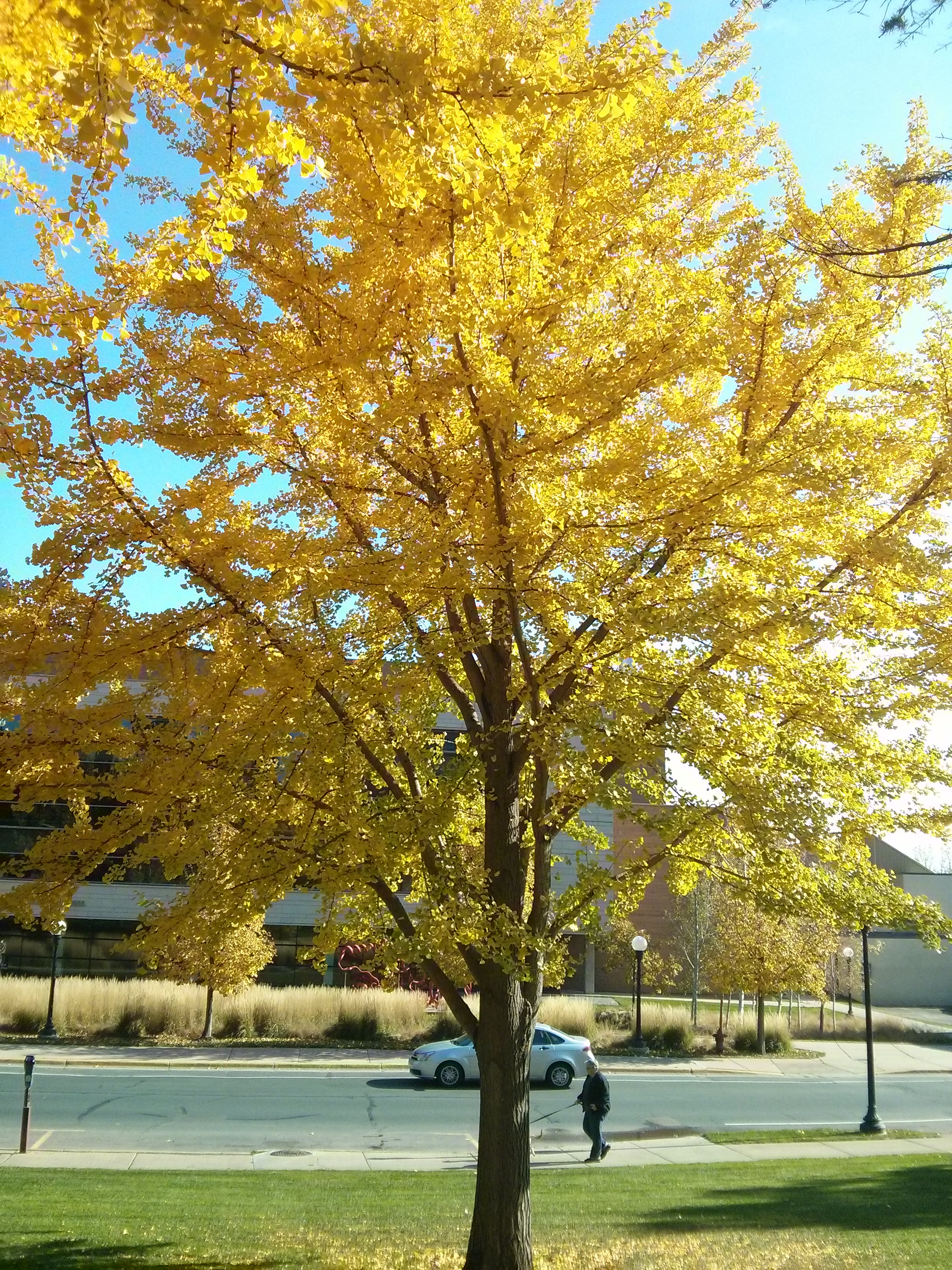 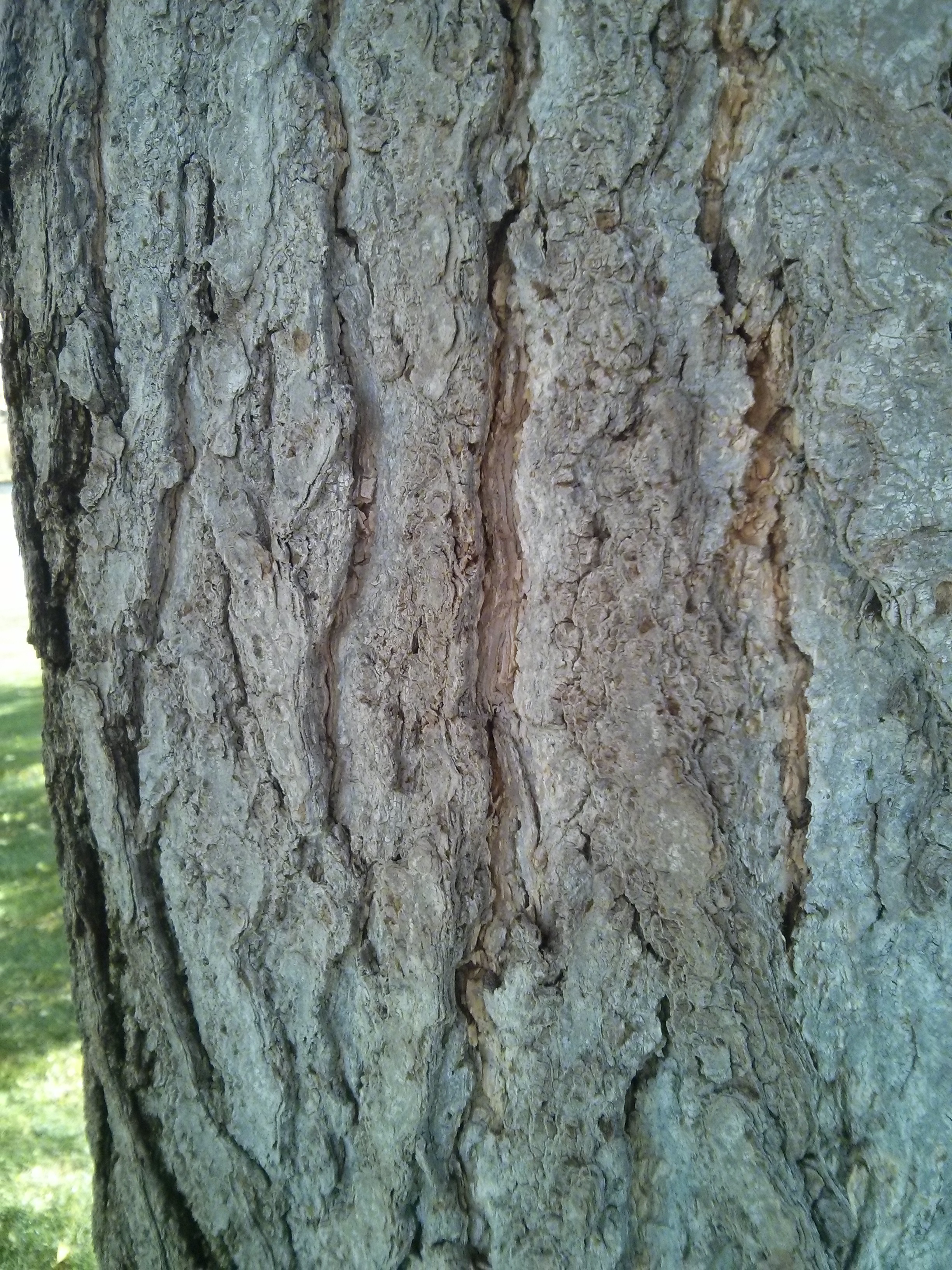 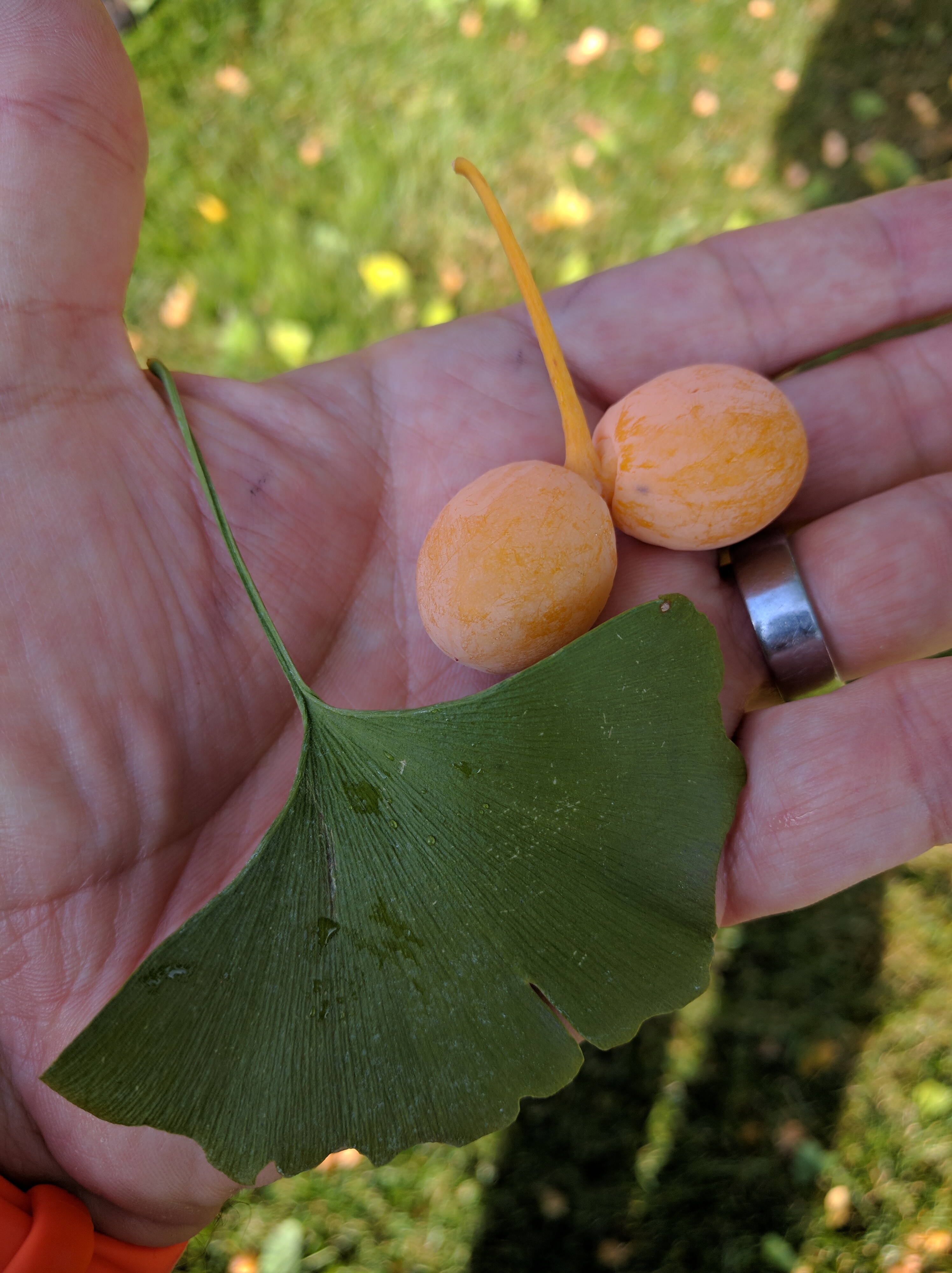 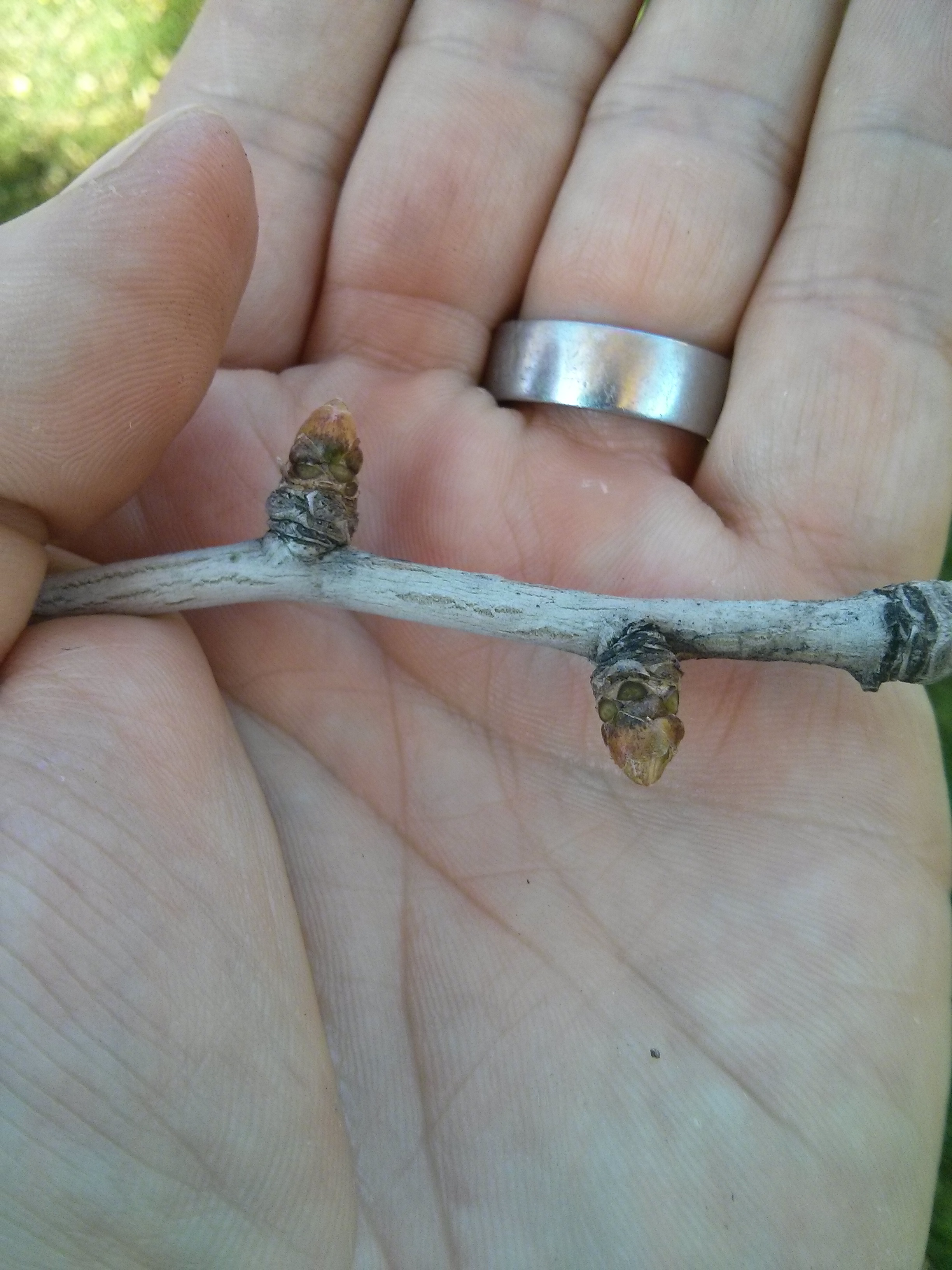