Freeman maple, or Freeman's maple, is a large tree that reaches 40-60 feet at maturity and is a hybrid of red maple (A. rubrum) and silver maple (A. saccharinum). The leaves of Freeman maple are opposite, simple with 5 deep lobes and toothed margins. The leaves are dark green in color with a paler underside. Fall color is red-orange to yellow. The flowers are in dense red clusters that appear at the end of one year old branches in the spring. The fruits are two-winged samaras. The bark is silver-gray in color and has fissures.

Freeman maple prefers moist, well-drained soils and full sun to partial shade. It can tolerate alkaline and clay soils, some drought or flooding, and wet or dry sites.

Freeman maple is commonly planted as street trees or shade trees. Freeman maple is desirable because it is fast growing, is more tolerant of urban conditions than silver maple, and has beautiful fall colors.

Where It Is Native To:

Armstrong Freeman's maple (Acer x freemanii 'Armstrong'): This variety has an upright, narrow form and has orange-red leaves in the fall. At maturity, it reaches 50-70 feet.

Autumn Blaze Freeman's maple (Acer x freemanii 'Jeffersred'): This variety has a rounded form with a strong leader and good branching. The leaves are orange-red in the fall. At maturity, it reaches 50-60 feet.

Celebration Freeman's maple (Acer x freemanii 'Celzam'): This variety has a broad, oval form, is yellow to orange fall color, and is more tolerant to storm damage and urban pollution. At maturity, it reaches about 50 feet.

Marmo (Acer x freemanii 'Marmo'): This fruitless variety has an upright or columnar from, reaching about 45-70 feet, and has a mix of red, green, burgundy, and yellow as fall colors. It is known for its good branching.

Sienna Glen Freeman's maple (Acer x freemanii 'Sienna'): This variety has a pyramidal form, reaching about 50 feet, with orange to red-burgundy fall color. It is known to have a strong leader.

Some problems that Freeman maple can have are verticillium wilt and maple bladder gall. It is less susceptible to chlorosis than silver or red maple. 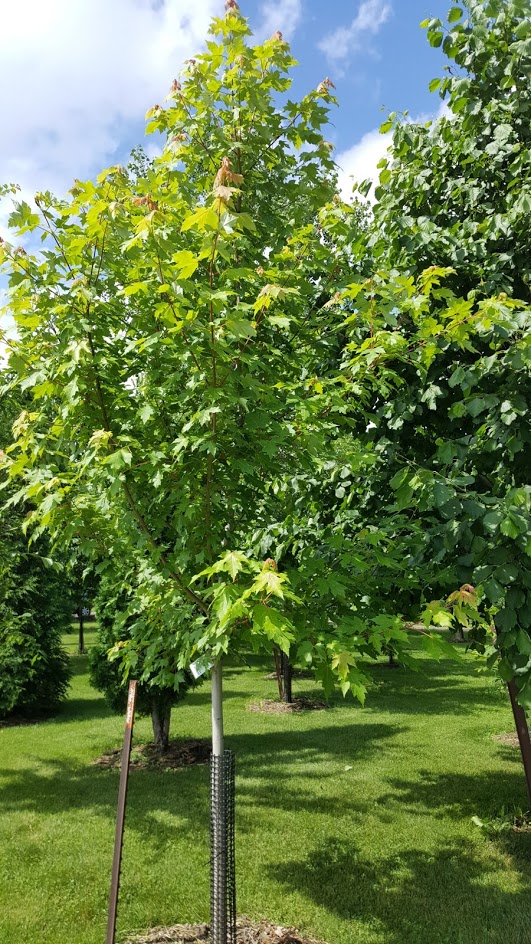 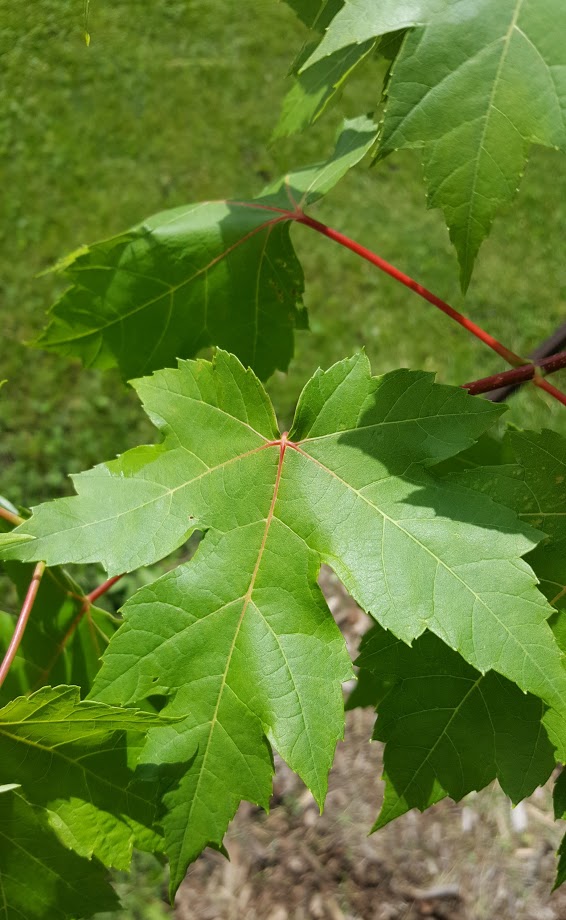