Burning bush is a dense multi-stemmed shrub or small tree known for its bright fall color. The leaves are in an opposite arrangement, elliptical in shape, and have serrated margins. They are dark green in the summer and turn a brilliant red in the fall, especially on plants grown in full sun. If in shade, the color is slightly more muted or pink-looking. The bark on the branches and twigs are green to brown and have corky ridges. Tiny yellow-green flowers bloom in May which are followed by small red fruits that mature in the fall.

Burning bush can be found growing in moist, well-drained soils. It can tolerate clay soils and alkaline soils, as well as road salt and occasional drought. It prefers full sun to partial shade.

Burning bush is a sought-out ornamental due to its fall foliage. It can be used for hedging, a screen, and a windbreaker. It can become aggressive, making it invasive in many eastern and midwestern states, and is no longer recommended for usage.

Birds are attracted to the red seeds in the fall as a food source.

Burning bush is native to China, Japan, Eastern Russia, and Korea. It has the tendency to become established in natural areas, outcompeting native species in prairies, pastures, and woodlands.

The aggressiveness of the shrub has made it invasive to native species and is now considered a noxious weed in Minnesota. There are no known serious pathogens or diseases that affect burning bush. 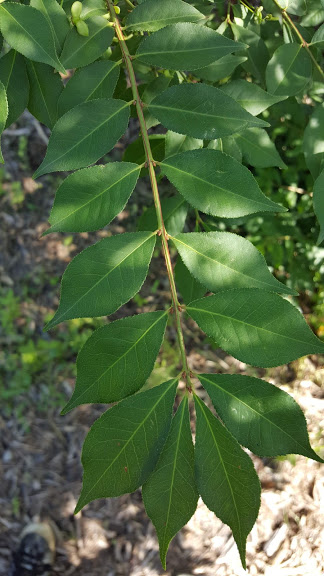