Black willow is the largest willow with the most extensive range. It is a large tree with one or more trunks that has upright branches. The leaves are narrowly lance-shaped and slightly curve to one side. They are finely serrated that are shiny green above and slightly paler underneath. The bark on the tree is dark-brown, almost blackish that is deeply furrowed into scaly, forking ridges. The twigs are slender and flexible and brownish in color. Catkins with yellow hairy scales are produced at the end of the twigs in the spring. The fruit is produced in reddish-brown capsules that mature by summer. It is a dioecious species, meaning that male and female flowers appear on separate trees.

Black willow prefers moist, well-drained, or wet soil. It can be found in pure stands or growing along cottonwood. It is tolerant of acidic and alkaline soils and prefers full sun to part shade. This tree will not do well in areas that are dry or drought-prone.

The wood can be used for furniture, doors, cabinets, as well as used in millwork and as pulpwood. The wood was also used as a source of charcoal for gunpowder during colonial settlement. The shallow spreading root system of black willow is ideal for stabilizing soils and erosion control. It can also be used as a shade tree.

Black willow's extensive range covers the majority of the eastern United States to the Rocky Mountains range. It is also found in some areas in California, Nevada, Arizona, and New Mexico.

This tree is susceptible to ice damage because of its weak-wood and weak branch structures. Regular pruning is required in a managed system. Roots are also known to invade sewer pipes. It is important to keep these factors in mind when selecting a planting site. 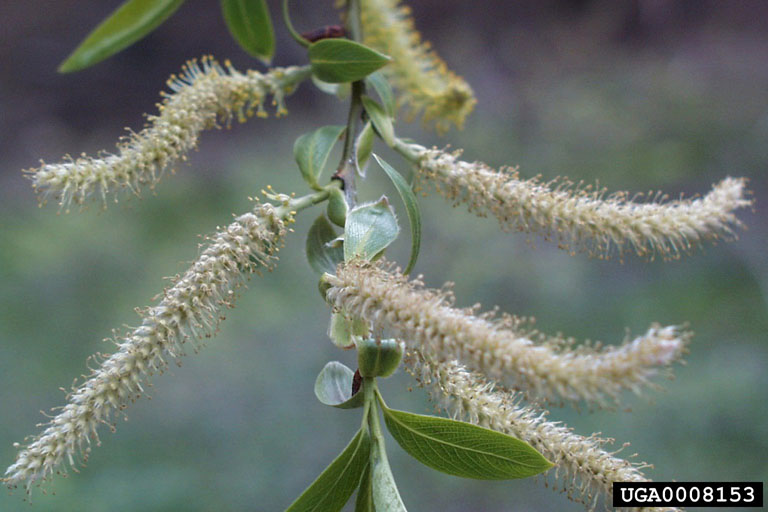