Minnesota is home to the largest population of black ash in the United States and is the northernmost of the ash species. It gets its name for its dark brown heartwood. It is a tree with a narrow, rounded crown and upright branches. Leaves are in an opposite arrangement and pinnately compound with 7 to 11 leaflets per leaf stalk. The leaves are finely serrated on the edges and are dark green above and paler green underneath with tufts of rust-colored fuzz on the midvein. The leaves turn a dark red-brown in the fall. The bark is gray and corky that has soft scaly plates that can rub off easily. The flowers are purplish in small clusters and are present before the leaves in early spring. The seeds are long with a broad oblong wing and hang in clusters. Terminal and lateral buds are dark brown. It is not recommended to plant any ash trees in Minnesota due to their susceptibility to Emerald Ash Borer.

It has ornamental value, but its susceptibility to Emerald Ash Borer makes it unusable for urban planting. Baskets and woven chair bottoms can be made from thin tough strips of split wood.

Black ash can be found growing in the northeast and a few midwest states. It grows from southern Ontario down to Indiana.

It is extremely susceptible to Emerald Ash Borer so this tree does require removal/replacement to prevent potential spread. It is considered a quarantine species, meaning the wood from black ash should not be moved to another area. 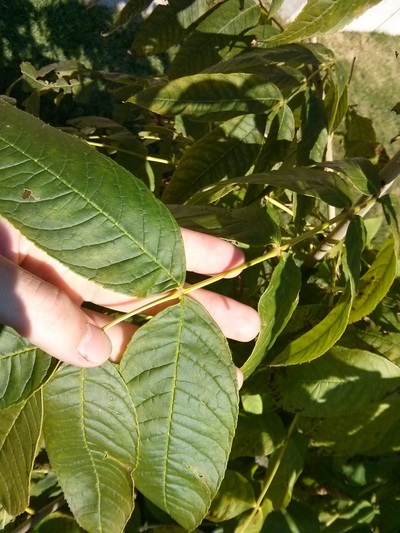