Bigleaf maple, or the Oregon maple, is a large shade tree with a broad-round crown that typically grows 40' to 75' tall. It is considered to be one of the most massive of the maple species in North America. Its bark is gray to reddish-brown and deeply furrowed on mature trees. The leaves are deeply lobed, typically with 5 lobes but occasionally 3 lobed. They are the largest leaves of any North American maple, from 4 to 10 inches across. They are deep glossy green in the summer and turn yellow to yellow-orange in the fall. The stalks on the leaves produce a milky sap when broken. Fragrant greenish-yellow flowers bloom late spring in racemes. Two-winged samaras develop after the flowers and mature in the autumn.

Bigleaf maple grows easily in moist well-drained, slightly acidic soils with full sun to part shade. Prefers cool summer temperatures. Frost tolerance is low because it does not grow where deep soil freezes before snowfall. It is not recommended for planting south of USDA Zone 7.

It is an excellent shade tree for large landscapes and parks. The wood can be used commercially for lumber and furniture. Maple syrup can be made from the spa, but it requires a large amount of sap needed to produce a decent amount of consumable sap, unlike the sugar maple that produces sap with higher sugar content.

Saplings provide browse for elk and deer. Seeds are eaten by chipmunks, squirrels, mice, and some birds.

This tree is rarely found growing more than 200 miles east of the Pacific Ocean. Bigleaf maple's native range is from British Columbia to southern California, most commonly being found in moist woods and along streams in the lower elevations of the coastal ranges and the northern Sierra Nevada mountains. Trees in moist forested areas in western parts of the Pacific Northwest are often covered with mosses, lichens, and ferns.

Powdery mildew and verticillium wilt can pose problems in some areas. Shallow spreading roots can crack sidewalks and driveways. There are no known serious diseases or pathogens. 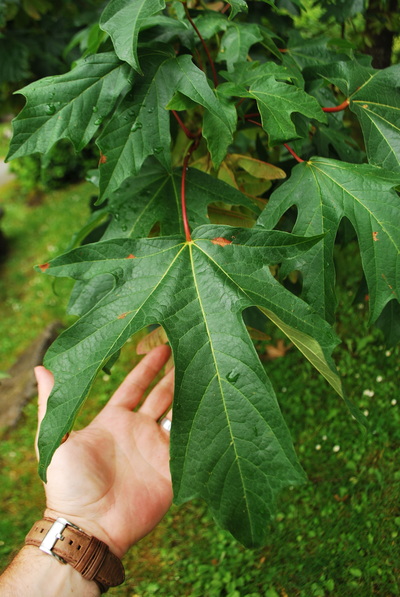 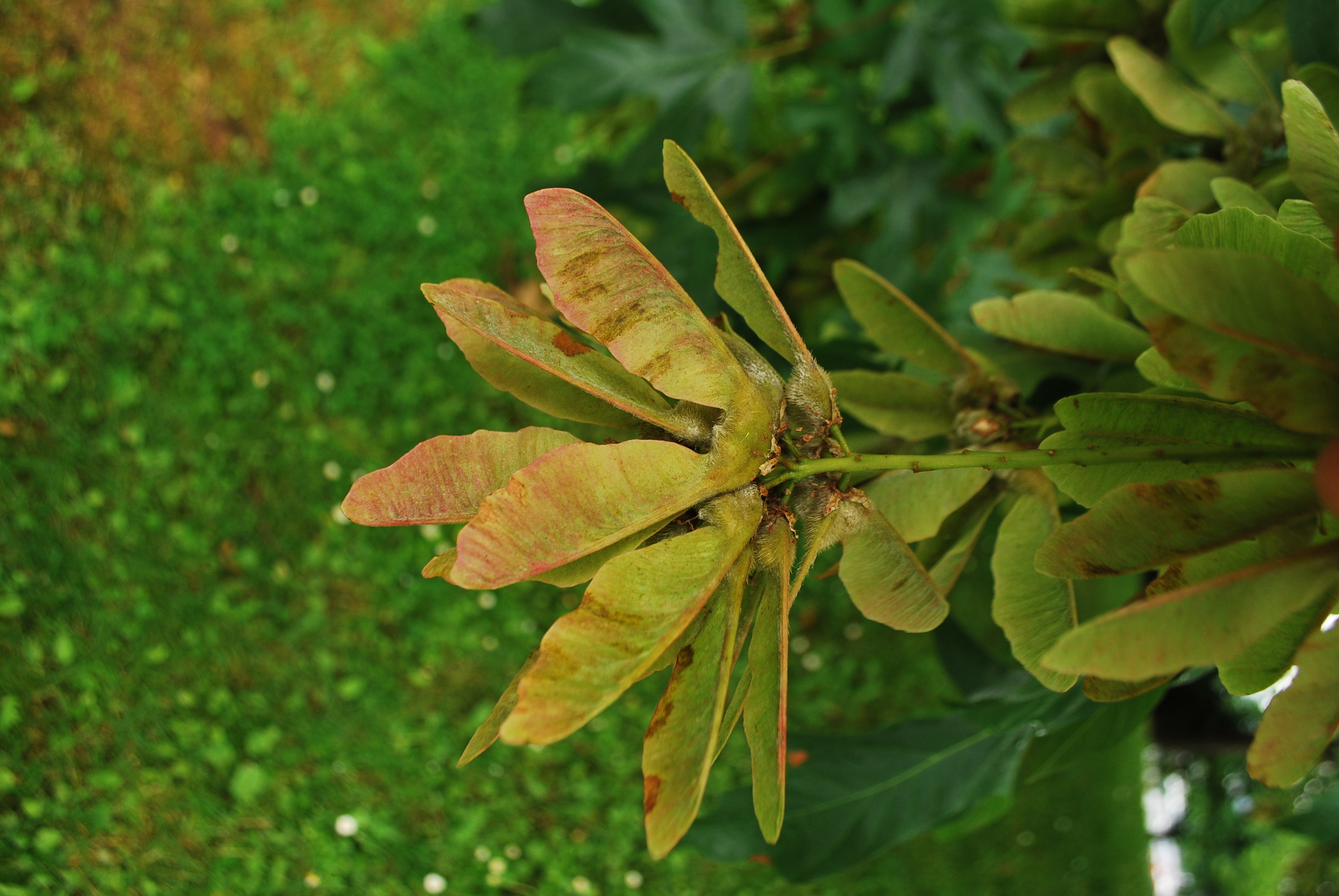 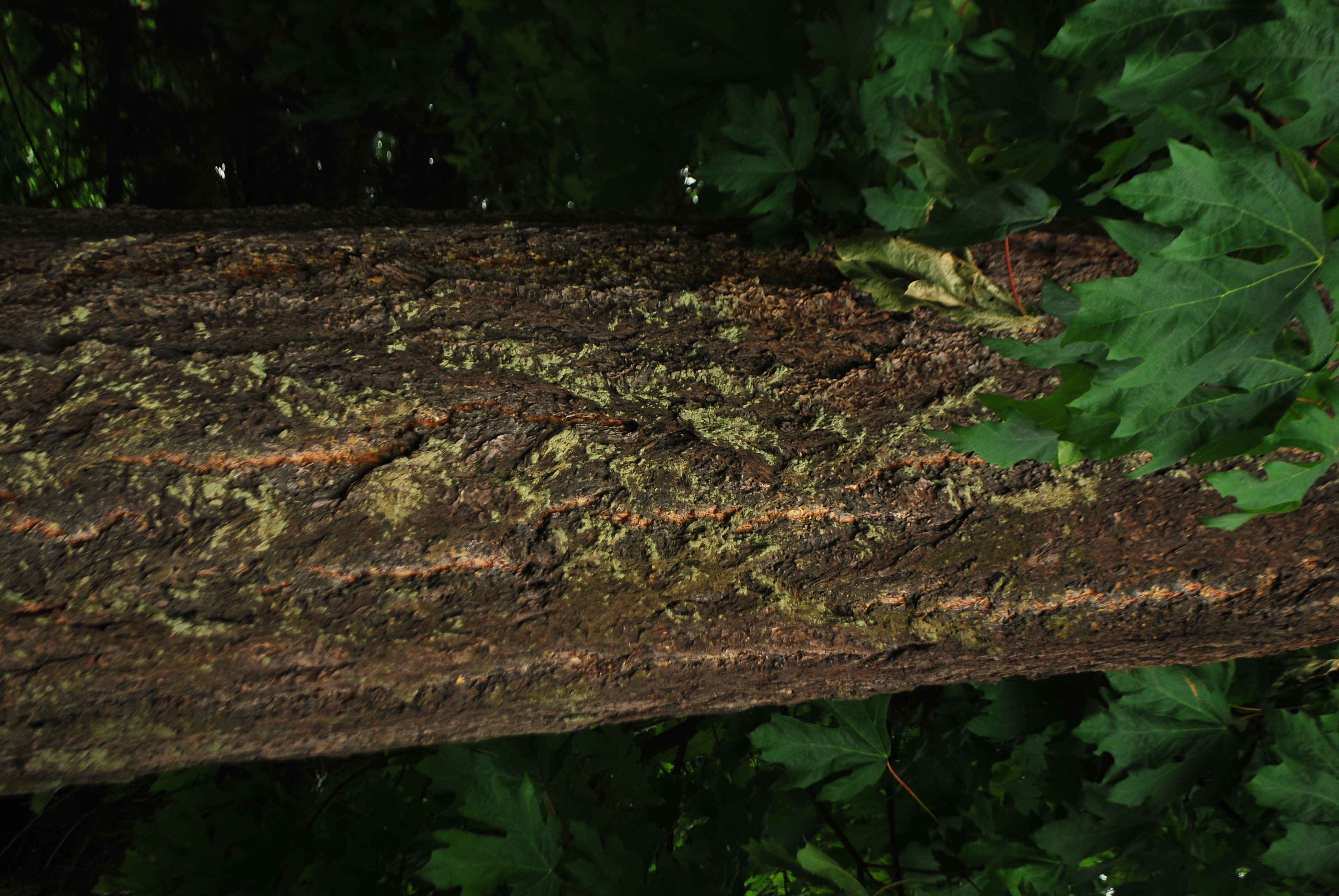