American hazel (Corylus americana) is a large shrub or small tree. The shrub will grow between 3 and 13 feet tall and tends to form thickets as it spreads readily by rhizomes. The bark is light brown to gray. Its leaves are oval, have jagged edges, and a heart-shaped base. The dark green leaves turn a brilliant yellow in the fall. The nuts are in a soft, green shell that can be peeled off to reveal a harder shell that must be cracked to remove.  The buds of the shrub are gray-brown and on thin, zig-zag-shaped twigs with small red hairs. The plant is monoecious imperfect with both male and female flowers forming separately on the same plant.  Male flowers form on pendulous catkins while female flowers can be seen by the red or magenta-colored stigmas appearing from buds.

American hazelnut can tolerate any range of soil pH as long as the soils are moist, well-drained loamy soils. The shrub also prefers full sun and partial sun/shade. It can tolerate occasional drought. It is commonly found in prairies, along forest margins, streams, and roads. The shrub can also be planted to provide screening or as a shrub border.

Many people plant American hazelnut for the benefits its nuts provide.  A relative of American hazel, called beaked hazel, is also planted for its nuts as well. Hazelnuts from both species are edible to humans. The versatile nuts can be used in baking, pastes (such as Nutella), hog feed, and coffee flavoring. Hazelnut is utilized by the cosmetics industry for its oleic acid production, a fatty acid that is considered to have emollient or skin-softening properties.  The nut is also a good source of vitamin E.

Birds and other animals are attracted to the nuts as a food source. Flowers in the spring attract butterflies.

American hazelnut is commonly a dominant or codominant understory species in native ecosystems such as the maple-basswood forests of Minnesota and Wisconsin as well as associated with jack pine, paper birch, trembling aspen, and northern pin oak forest communities.  It is common to find this shrub growing on forest edges in the eastern United States and Canada.

American hazelnut can sometimes become overly competitive in disturbed ecosystems such as native prairie that is not allowed to burn due to instituted fire control causing unfavorable conditions for native prairie species (Axelrod).  While the top of the plant is susceptible to fire, the rhizomes are able to withstand moderate and infrequent fires. Conifer regeneration can also be hindered by the plant’s aggressive growth.  The shrub is susceptible to Eastern filbert blight and insect pests such as Japanese beetles.

Axelrod, A. (1974). The effects of varying frequencies of controlled burning on American hazel at the Cedar Creek Natural History Area. University of Minnesota. 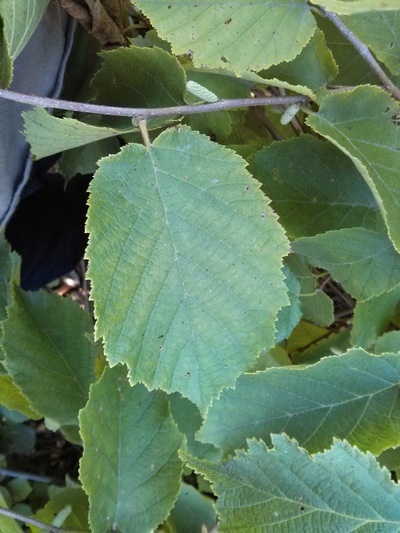 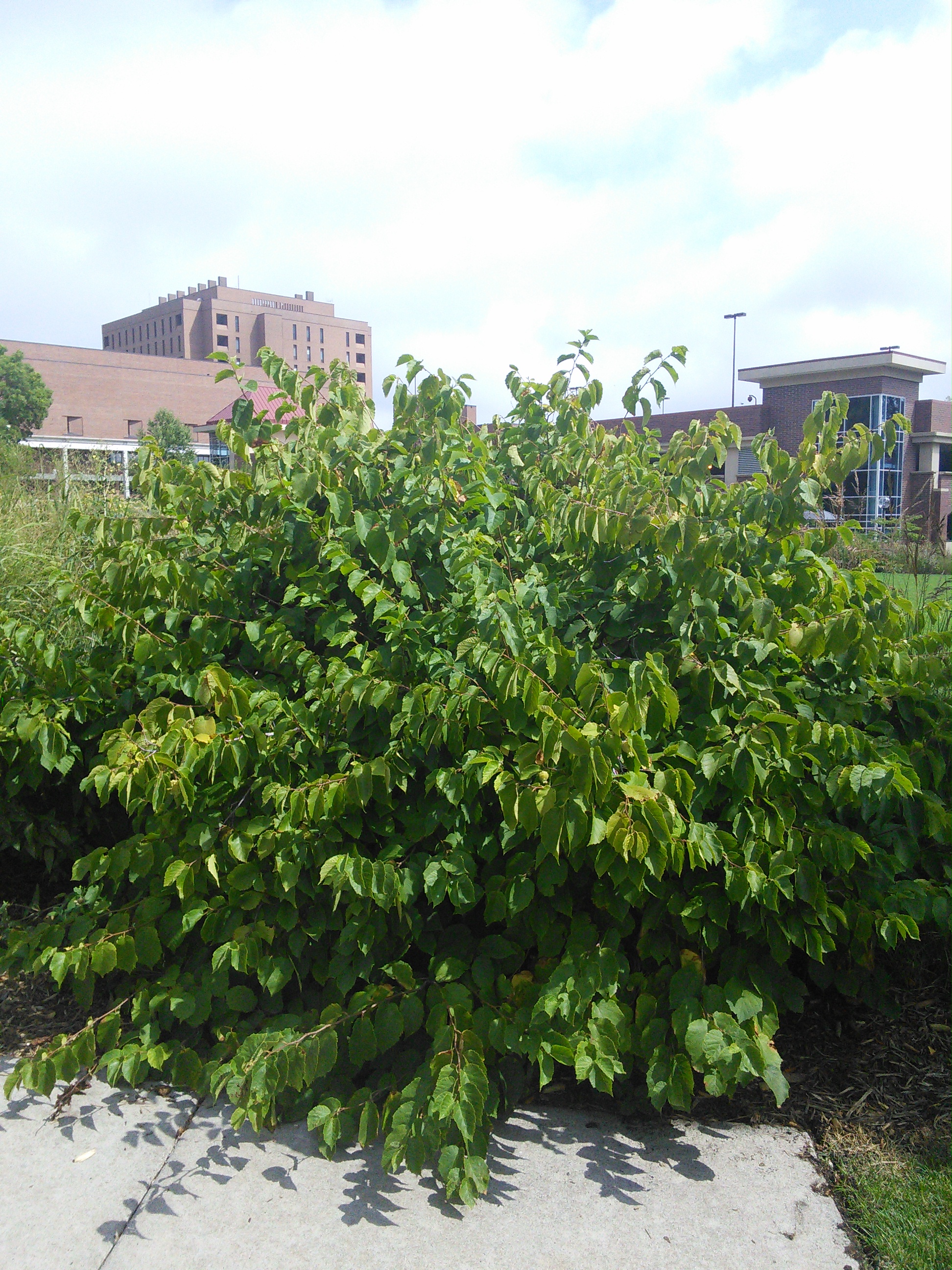 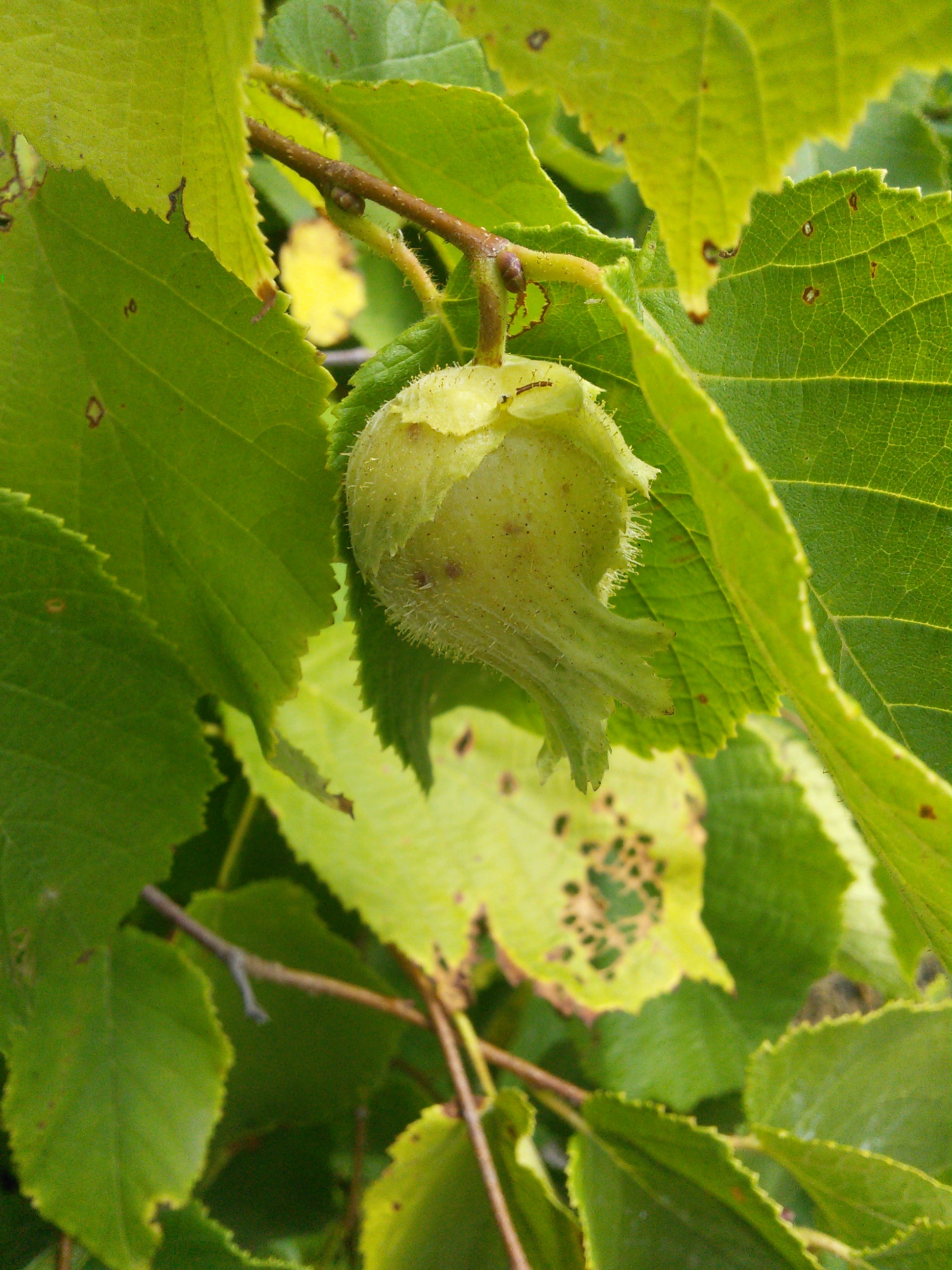