Prairie Expedition American Elm, a cultivar of our native Ulmus americana, is a clonal propagation of a lone survivor found among many other American elms that died from Dutch Elm Disease. Like other American elms, its mature height is around 60' with a spread of 35-40', and it has the classic cathedral/umbrella form that makes them so desirable. It tolerates most soil types, a wide range of pH, compacted soils, environmental salt, and general urban pollution, making it an excellent choice for urban sites where larger trees are desired (parks, boulevards without powerlines, and other open spaces). 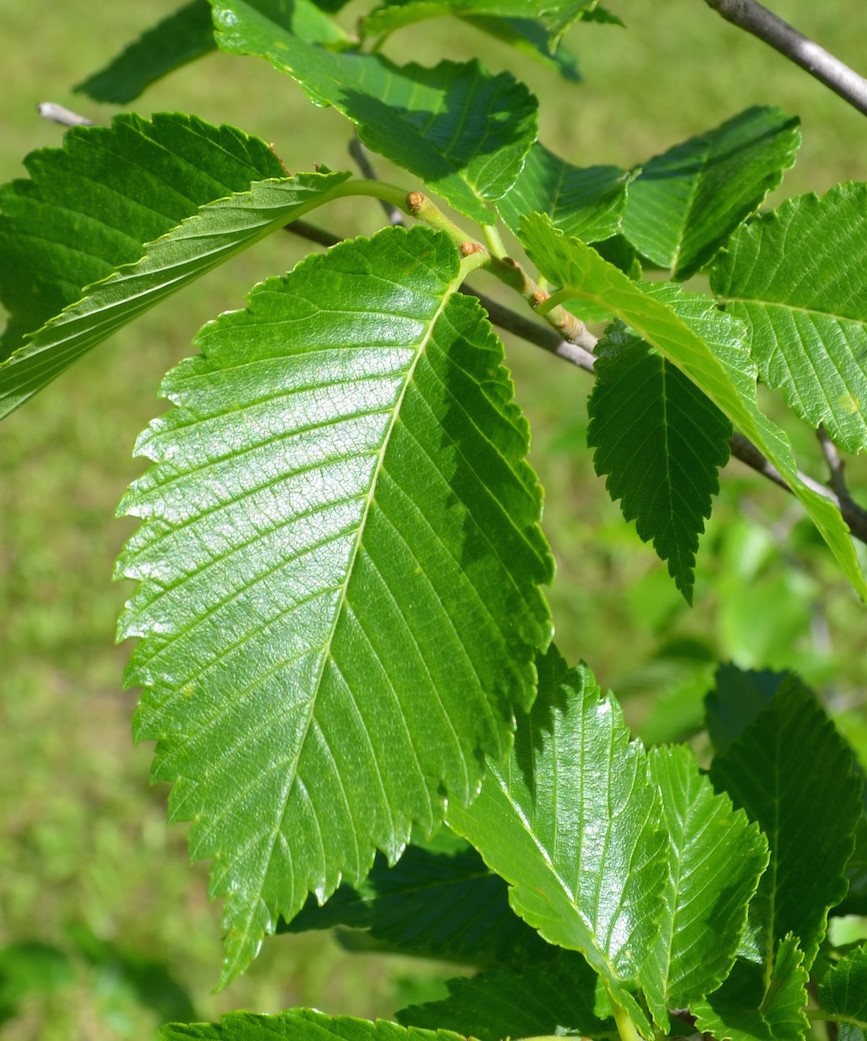 The original Prairie Expedition tree was found alive among many other dead elms along the Wild Rice River, near Fargo, ND. It was propagated at NDSU and found to have excellent resistance to the DED fungus. In studies comparing several DED resistant cultivars, researchers at the University of Minnesota also found that it had especially excellent disease resisting properties. It was released in 2004 and named in honor of the 200th anniversary of the Lewis & Clark expidition. The original tree pictured below has two leaders, making it wider than it would be when properly pruned. 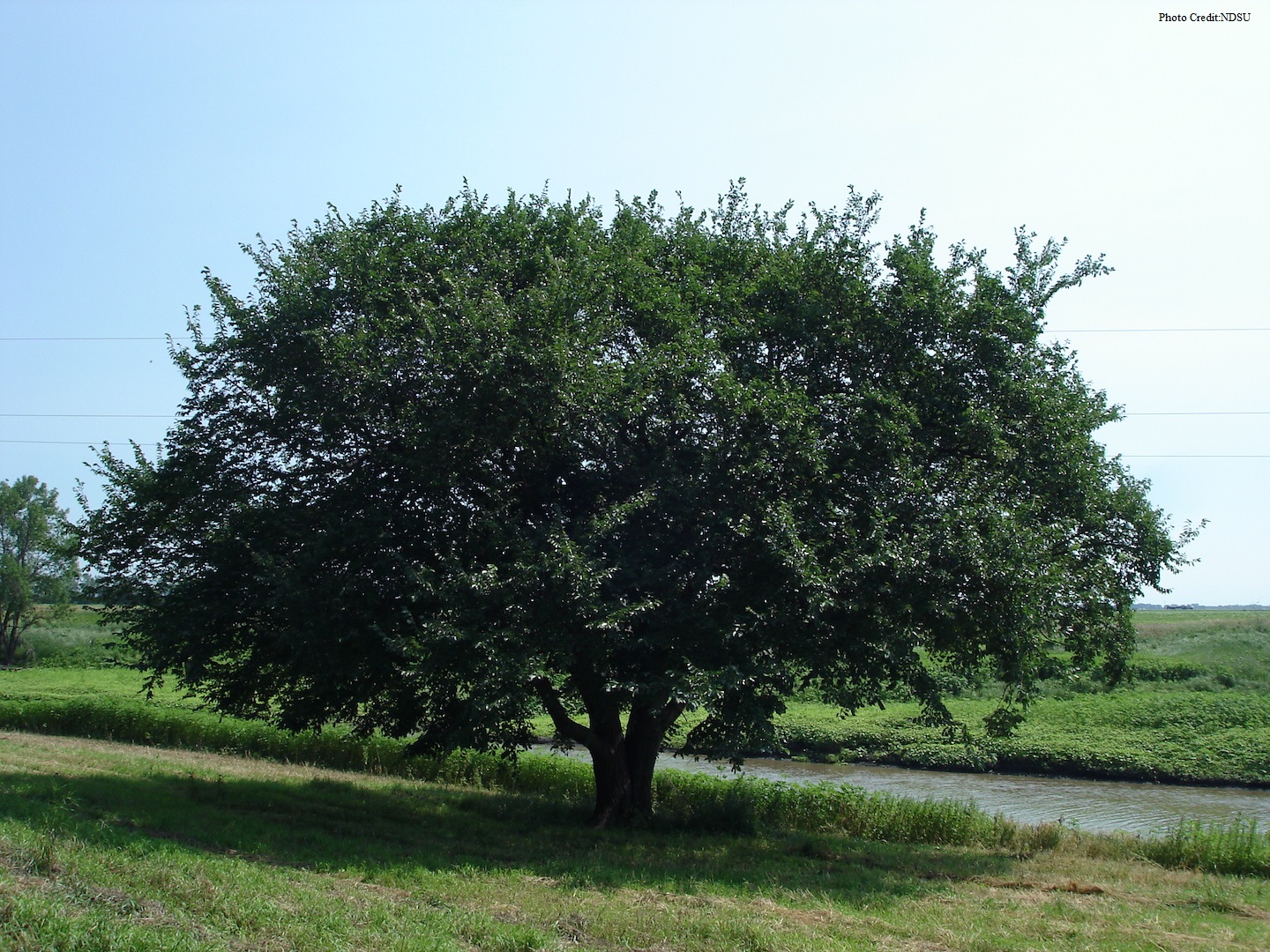 Dutch Elm Disease is a fungal disease spread by a few species of bark beetles. It attacks the xylem, the water conducting tissue in trees, causing fatal wilting, defoliation, and eventual death. Discovered in the late 1920s, it caused extensive death of American Elms across the US, especially in the 40s through the 80s.